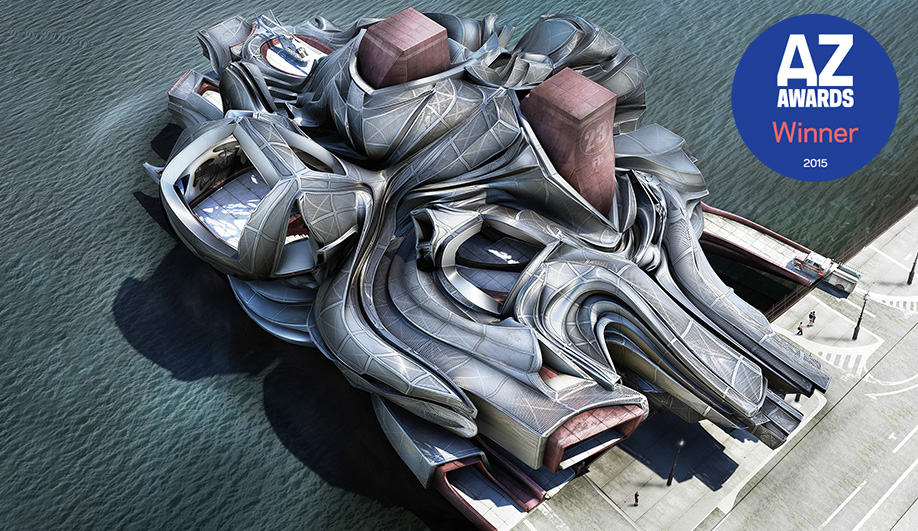 A recent graduate of the master’s of architecture program at SCI-Arc, Danny Jens Karas has a vision for how the buildings of the future could look, and how they might be built. It’s the stuff of science fiction. He is a masterful artist, rendering prototypes with his team that are fully interpreted 3‑D models, and videos that show Mad Max-ian structural components assembled and disassembled in mid-air. Our jury was struck silent watching the video of M&N, a wildly imaginative proposal for a fire station in San Francisco in which floors, walls and ramps majestically swim in a sea of black before locking into place, not unlike a Transformer.

As otherworldly as Karas’s renderings seem, his concepts are based on a plausible theory of how they might be realized someday. M&N stems from the idea of duplication without repetition. In other words, by taking a simple element and treating it as though it has its own genealogy, that form can evolve from one generation to the next, changing shape with each iteration yet maintaining a connection, a kind of visual lineage that harmonizes one element, M, to its nearest cousin, N. This allows structures to grow like beanstalks, twisting and warping as they cultivate.

Karas further proposes that his fire station would have three outer layers, with perforated metal and white polycarbonate panels sandwiching a skeletal beam system strong enough to support a multi-level interior without the need for columns. A concrete base would reach to the ocean bedrock for support, creating the illusion that this massive hulk, which houses a dozen or so fire trucks and a rooftop helipad, is buoyant enough to float, like a mighty battleship tethered to the edge of a pier.

What the jury said: “This student is thinking about future design in a surreal, super-professional way. He is sticking his neck out, and that’s why we’re giving him an A+ Award.” – Winka Dubbeldam 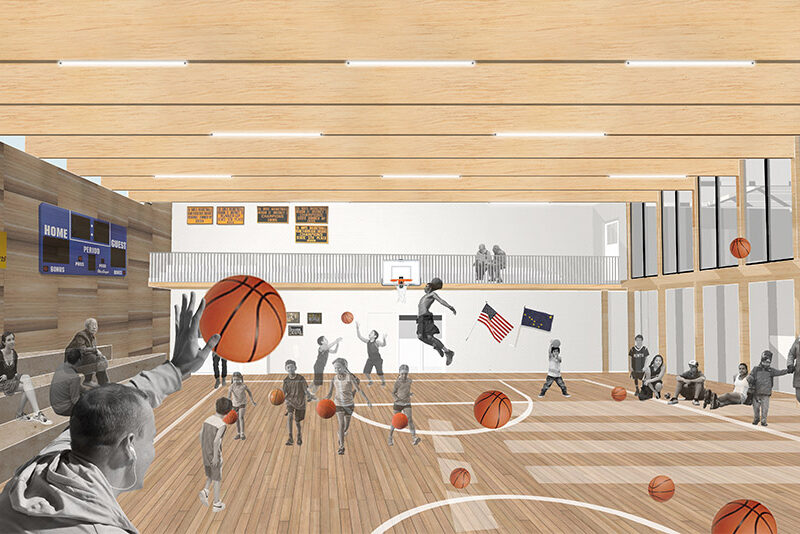 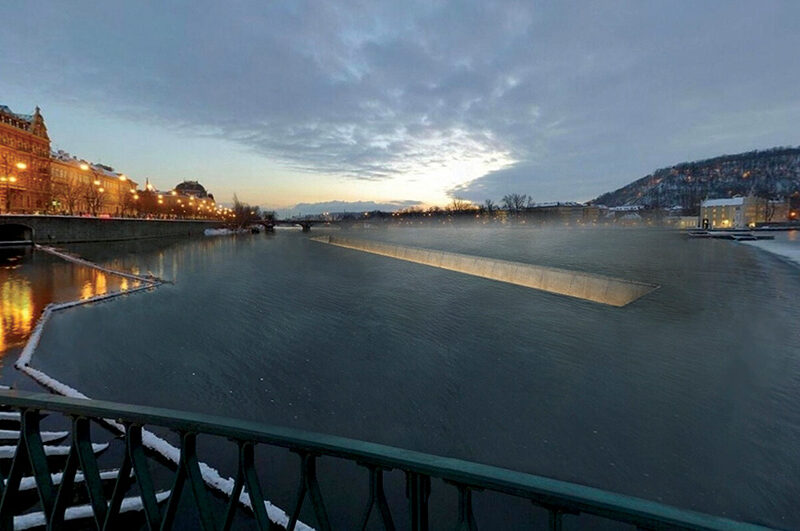