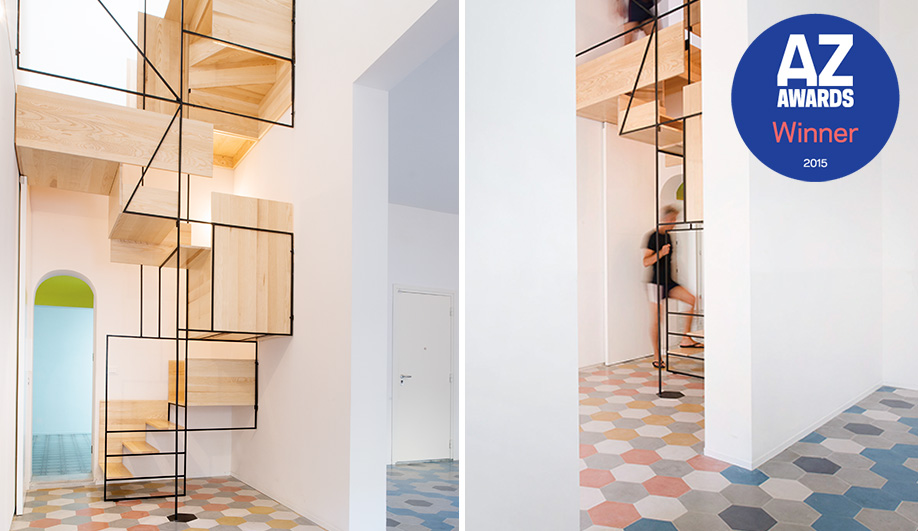 At the heart of this modestly sized two- storey residence in northern Sicily, a staircase appears to float on a breath of air, similar to the ones that regularly pass through seaside cities like Cefalù. Framed by an artful grid of scaffolding made of 14‑millimetre-thick blackened iron rods with oak treads, the stairway winds its way up to a rooftop terrace overlooking the Tyrrhenian Sea. The architect, Francesco Librizzi of Milan, added solid wooden boxes that act as platforms, to encourage those ascending to pause en route and enjoy their journey to the top.

Casa G is the third house to be transformed by one of Librizzi’s sculptural staircases. Each tread is firmly fixed within the metal framework, and as a whole it connects with but never overwhelms the simplicity of the four-bedroom house, once owned by a fisherman. The new owner, who commissioned the renovation in 2014, is a journalist for the Italian newspaper La Repubblica.

To support the vertical load, the stairs are affixed to the floor by a base shaped like one of the hexagonal tiles that surround it. Made by local master ceramicists, they unify the first floor by alternating colour and pattern as they flow through the arched doorways of each room. A palette of coral, golden yellow, slate and cerulean reflects the shades of light that flood the interior throughout the day.

Librizzi is well aware of the poetic indulgences he has taken within this jewel-like space. When designing in such a scenically arresting locale, he says, you shouldn’t resist being inspired by the stereotypes of the area, or by the clichés of great seas and white sands. “There is only one possible strategy when offered such great luxury,” he observes. “Totally abandon resistance.” We are glad he did.

About the architect: Based in Milan, Francesco Librizzi founded his studio in 2005, developing projects in architecture, interiors, exhibition design and product design. For the 2010 Venice Biennale of Architecture, he collaborated with Salottobuono as an exhibition designer for the Italian pavilion. Team: Francesco Librizzi with Dilara Guneri, Piergiorgio Italiano and Marianna Piscitello

What the jury said: “Casa G is a small but thoughtful house centred on a dramatic staircase. It’s welcoming and very well ­engineered.” – Anwar Mekhayech 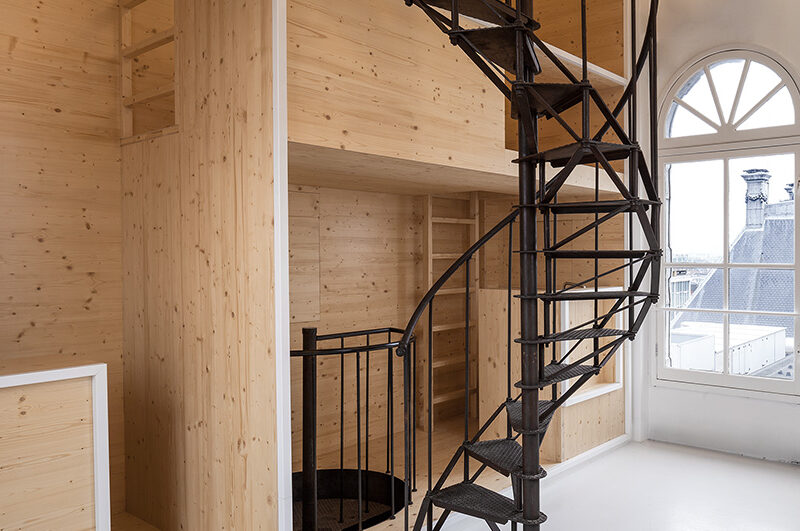 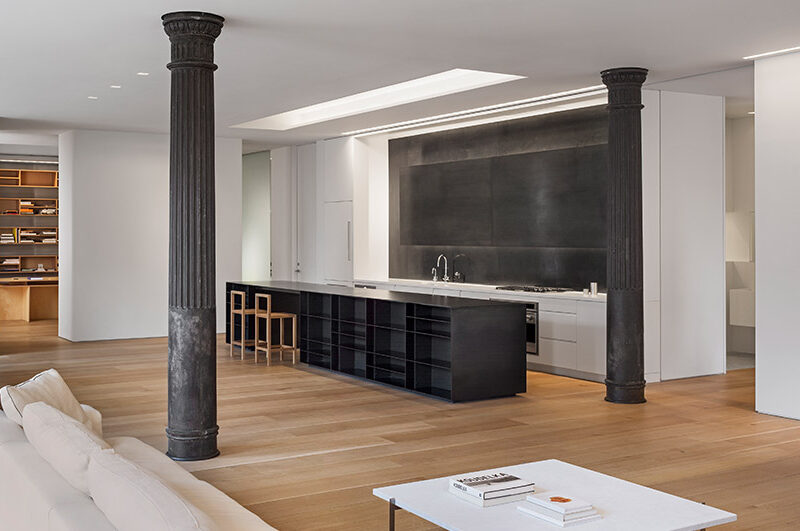 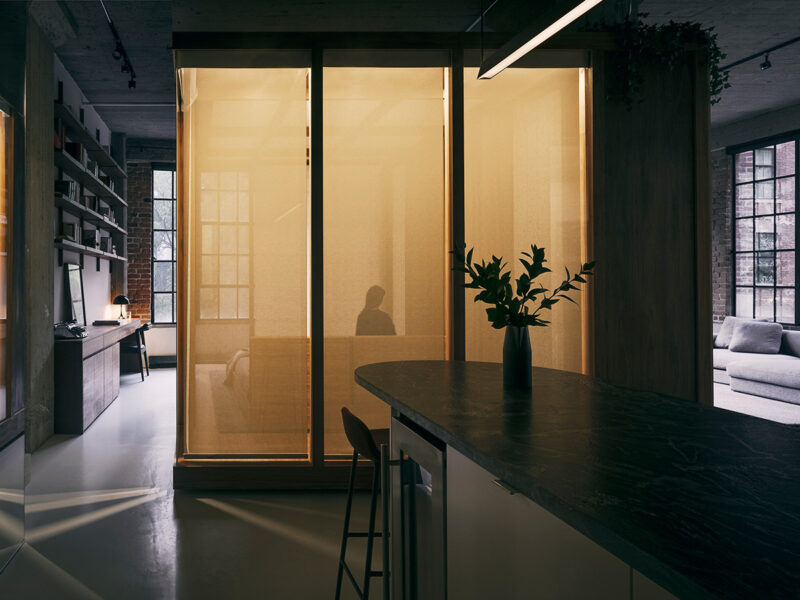