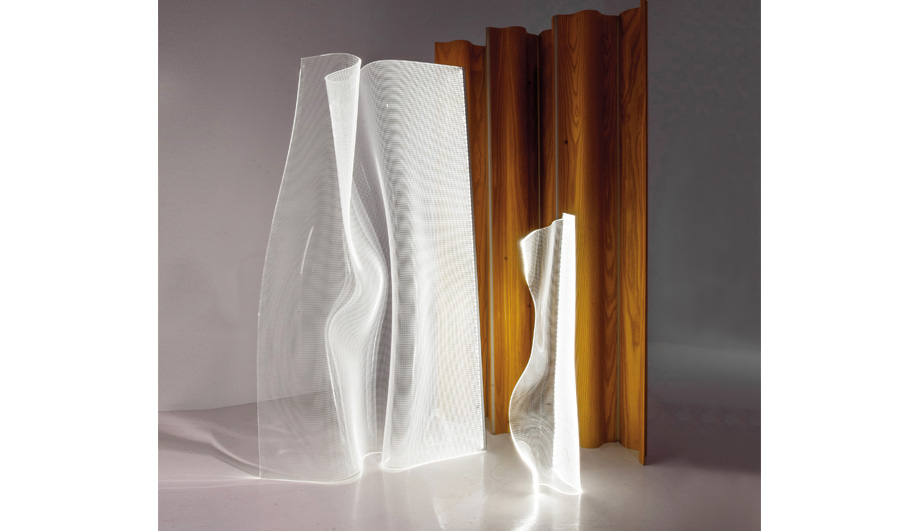 Partisans, a Toronto architecture and design firm, devised innovative lighting panels that can be shaped and sculpted without restriction. 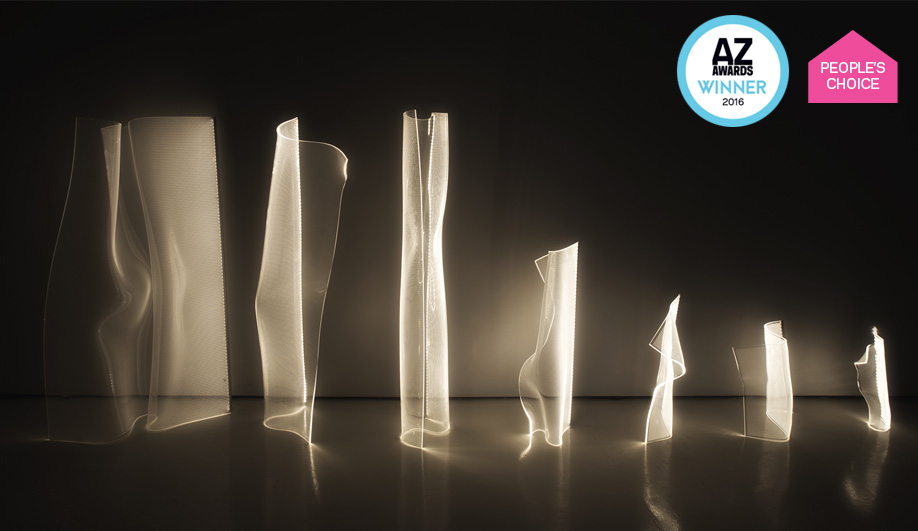 The inspiration for Gweilo struck Alex Josephson in the midst of his morning ablutions. Observing the light filtering through a shower curtain, the co-founder of Toronto architecture firm Partisans wondered whether it could take on a more organic form rather than a straight beam.

To realize the concept of having light bend, curve or even drape, he and his colleagues Pooya Baktash and Jonathan Friedman worked with LED sheets, heating them until they’re pliable enough to be hand sculpted into curv­aceous shapes. From a distance, the thin acrylic panels, embedded with a delicate grid of minuscule bulbs, create the illusion of a floating layer of light. They can be customized as ambient floor or table lamps, or as larger pendants, as seen with the trio installed at the Monogram Design Centre in Toronto’s Castlefield design district. Clustered above a spiral stair, the spectral silhouettes drift overhead like ocean waves.

With no restrictions for size or shape, the same technique can be used to form handrails, surfacing, even furniture. When fitted with waterproof bulbs, Gweilo can even be used in kitchens or bathrooms. “It’s interesting to take an off-the-shelf product, tweak it slightly and make it into something else entirely,” noted Thomas Woltz during the jury deliberations. “It’s in the same vein as Ingo Maurer’s crumpled paper lamps.”

About the designers: All three are principals at Partisans, a Toronto architecture firm launched in 2011. The studio has gained international recognition for a handful of sublime architectural projects, including Bar Raval in Toronto; and Grotto Sauna, a standalone steam room perched on a rock overlooking Georgian Bay in Ontario. Partisans is currently involved with the massive renovation of Toronto’s central rail terminal, Union Station.

What the jury said: “Gweilo light is in the same vein as Ingo Maurer’s crumpled paper lamps.” – Thomas Woltz

Partisans, a Toronto architecture and design firm, devised innovative lighting panels that can be shaped and sculpted without restriction. 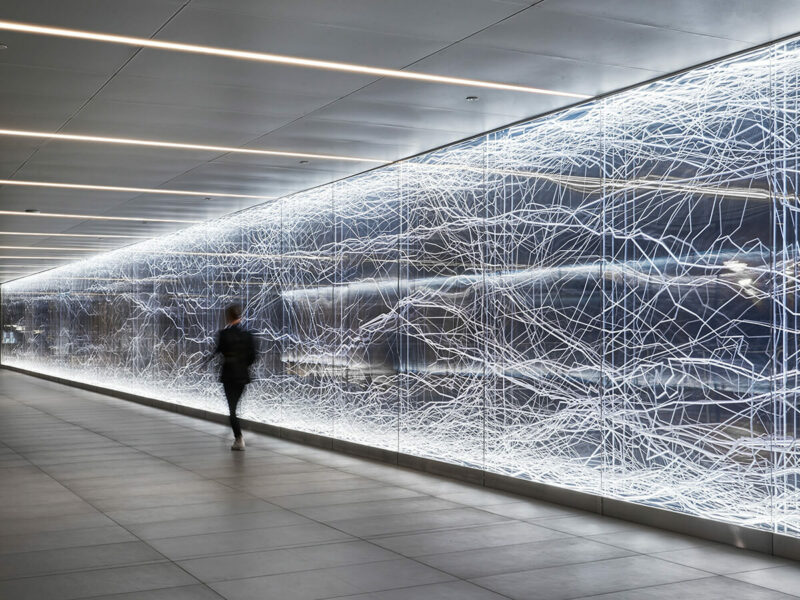 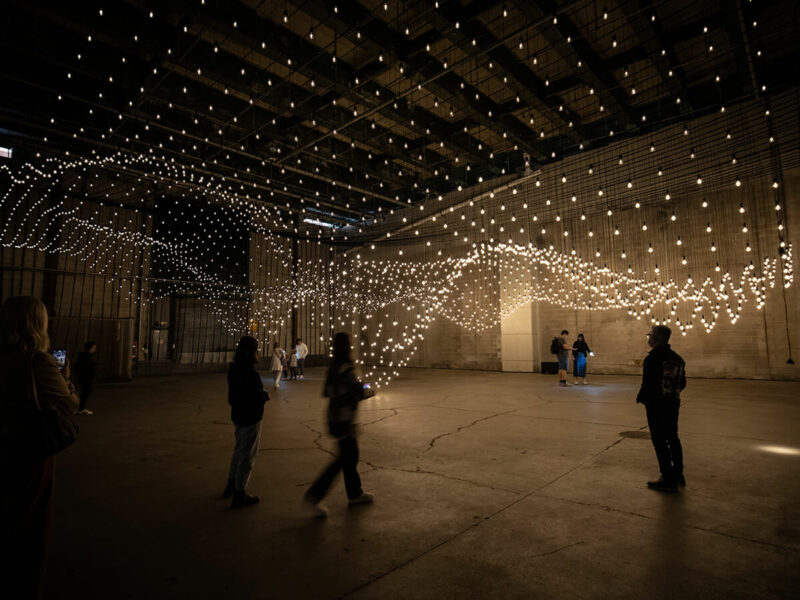 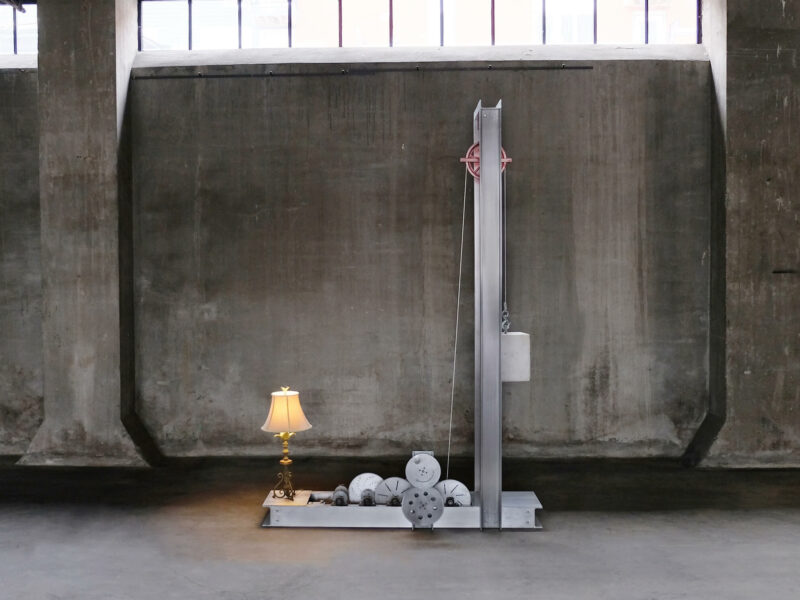