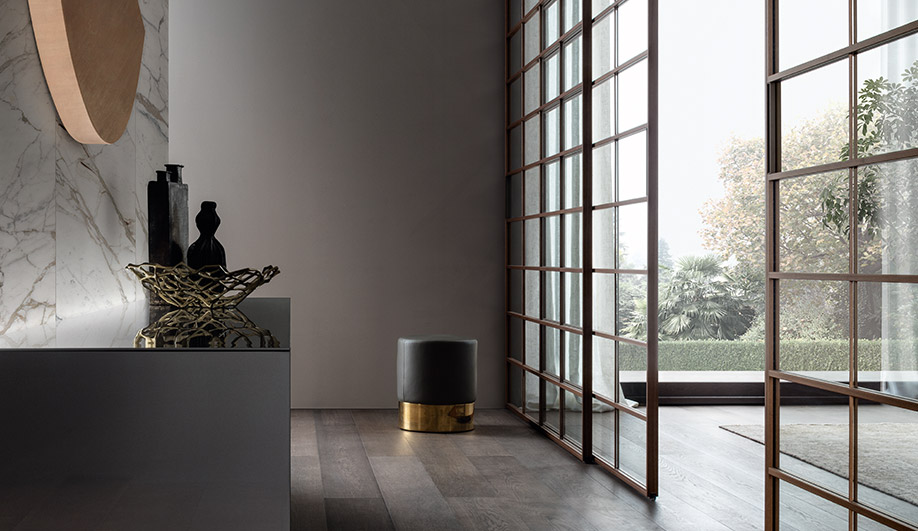 In the world of room dividers, Rimadesio has cornered the market. These walls carve up space with such refinement they are almost invisible – though certainly not unnoticeable. Soho is one of the Italian manufacturer’s most delicate-looking dividers yet – a metal-and-glass take on shoji – with window-like frames surrounding panes of super-thin glass. The dividers appear as light as the air surrounding them, and they look like they could easily break with the wrong kind of tug.

“The simplicity of these doors belies the complexity that went into them. They are super thin and very tall, and that is hard to achieve.” – Theo Richardson

But drill down into the components and engineering, and another picture emerges. Soho’s panels silently glide along a singular telescopic rail, forgoing a bottom track that could get stuck or mar the floor of an otherwise seamless interior. The panes highlight Rimadesio’s glass-making expertise: eight-millimetre sheets, tempered at 650 degrees Celsius, can withstand five times the mechanical resistance of regular glass, while laminated options sandwich a thin plastic film between two panes for a virtually shatterproof finish. In other words, the chance of breakage is impressively low.

Designer and architect Giuseppe Bavuso, who has worked with Rimadesio for many years, is skilled at making the most of communal spaces, having cut his teeth crafting the interiors of trains and sleeping cars. The series uses the Ecolorsystem of water-based, non-polluting paints, and is also available in five brushed-metal finishes achieved by a system of painting and burnishing by hand, which ages the aluminum and reveals varying shades of the metal itself.

Back to Architectural Products 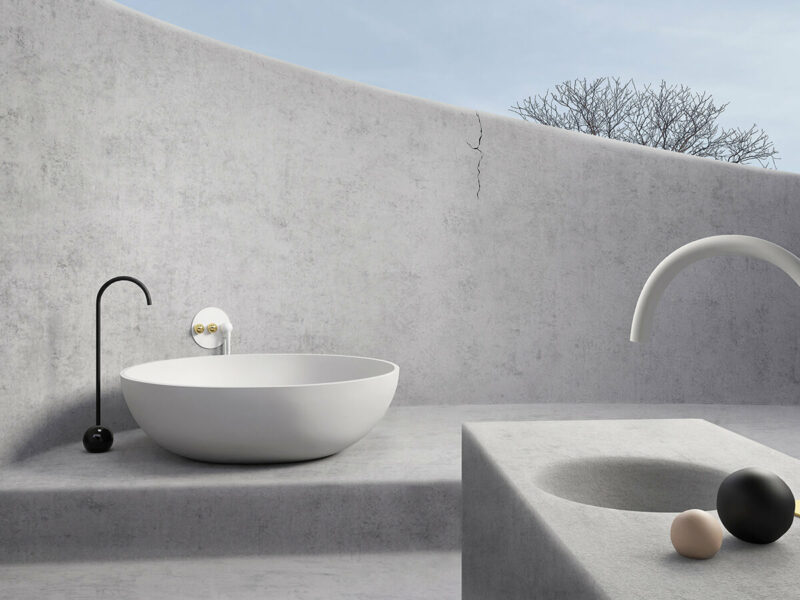 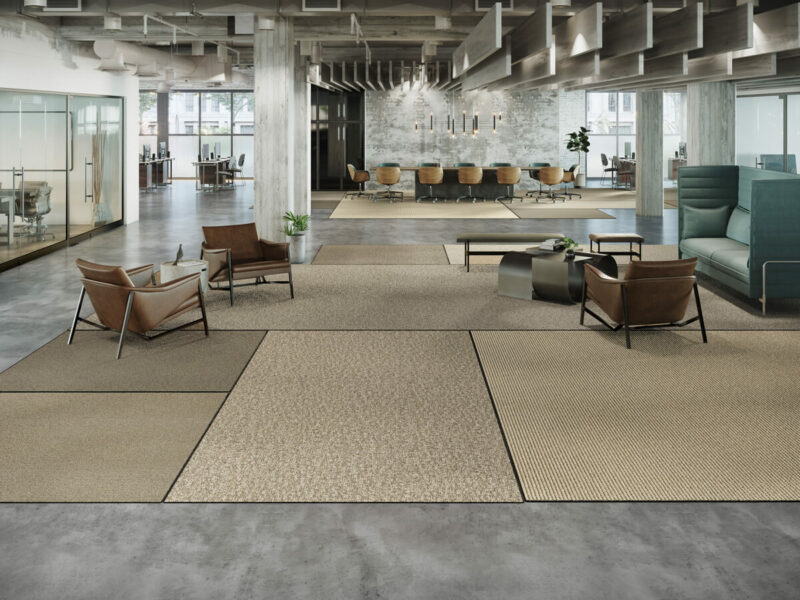