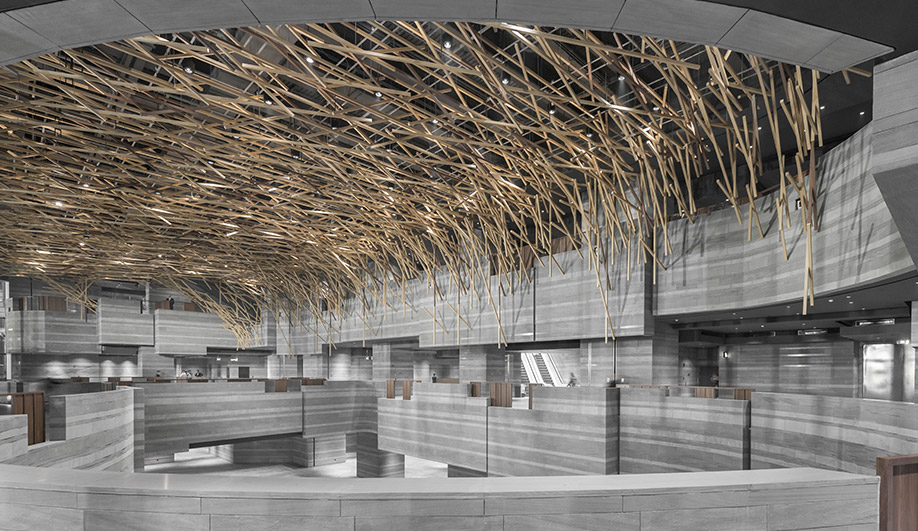 Squint, and you will see a crag topped with a giant aerie, or a sinkhole overtaken by ancient tree roots. But here in Hongqiao, a booming western suburb of Shanghai, that would be impossible. The HUB Performance Exhibition Center is part of a mixed-use development incorporating an airport, a massive rail junction and 700,000 square metres of shopping. It is the cultural heart and the highlight of the region.

Though architect Ben Wood was charged with the exterior architecture, Neri&Hu Design and Research Office, a local practice with an international following, was commissioned to fashion a singular five-storey interior to distinguish the space from the cacophony of buildings outside.

The designers’ chosen materials, wood and sandstone, have become something of a trademark for them. Here, the sandstone, laid in alternating tones to create striation, climbs the walls of the great atrium, jutting out into balconies and dipping back into bridges and pathways. The wood appears as masses of thatch across the vaulted ceiling.

For a team so unrelentingly minimalist in its aesthetic, Neri&Hu has a surprisingly insatiable appetite for history and tradition. The pair incorporates these elements most obviously in the natural-world aesthetic of the atrium and in the wood-screen walls of the grand 750-seat performance hall, which reference ancient Chinese bamboo-slat scrolls. Less obvious are the tiled walls of the private viewing rooms, which have been painted with an intricate pictorial history of the neighbourhood.

The designers insist that the constant flow of people around the space is as important to the scene as are the inanimate elements, and it is true that the slow ride up the escalators from the depths of the transport level is dramatic, like the ascent from some underground world into a forest. The performances will have a lot to live up to. 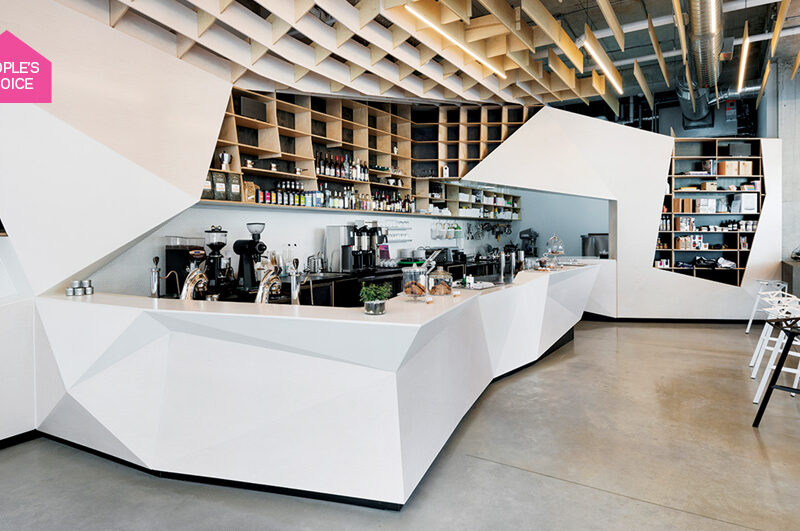 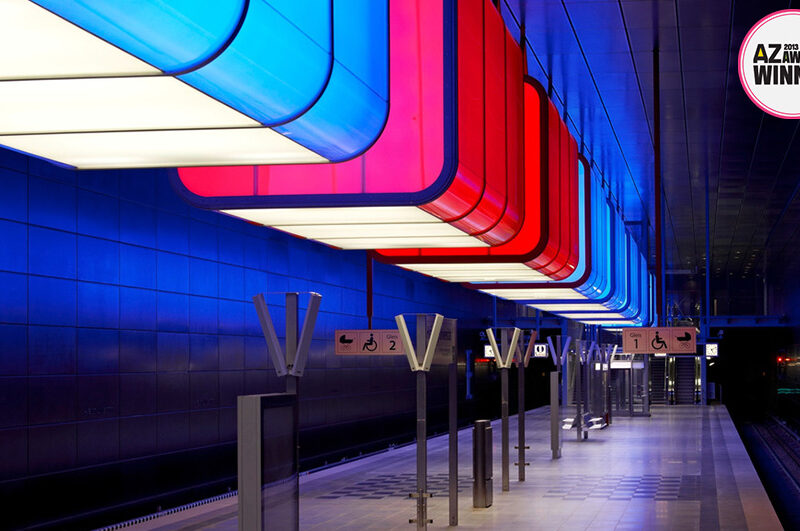