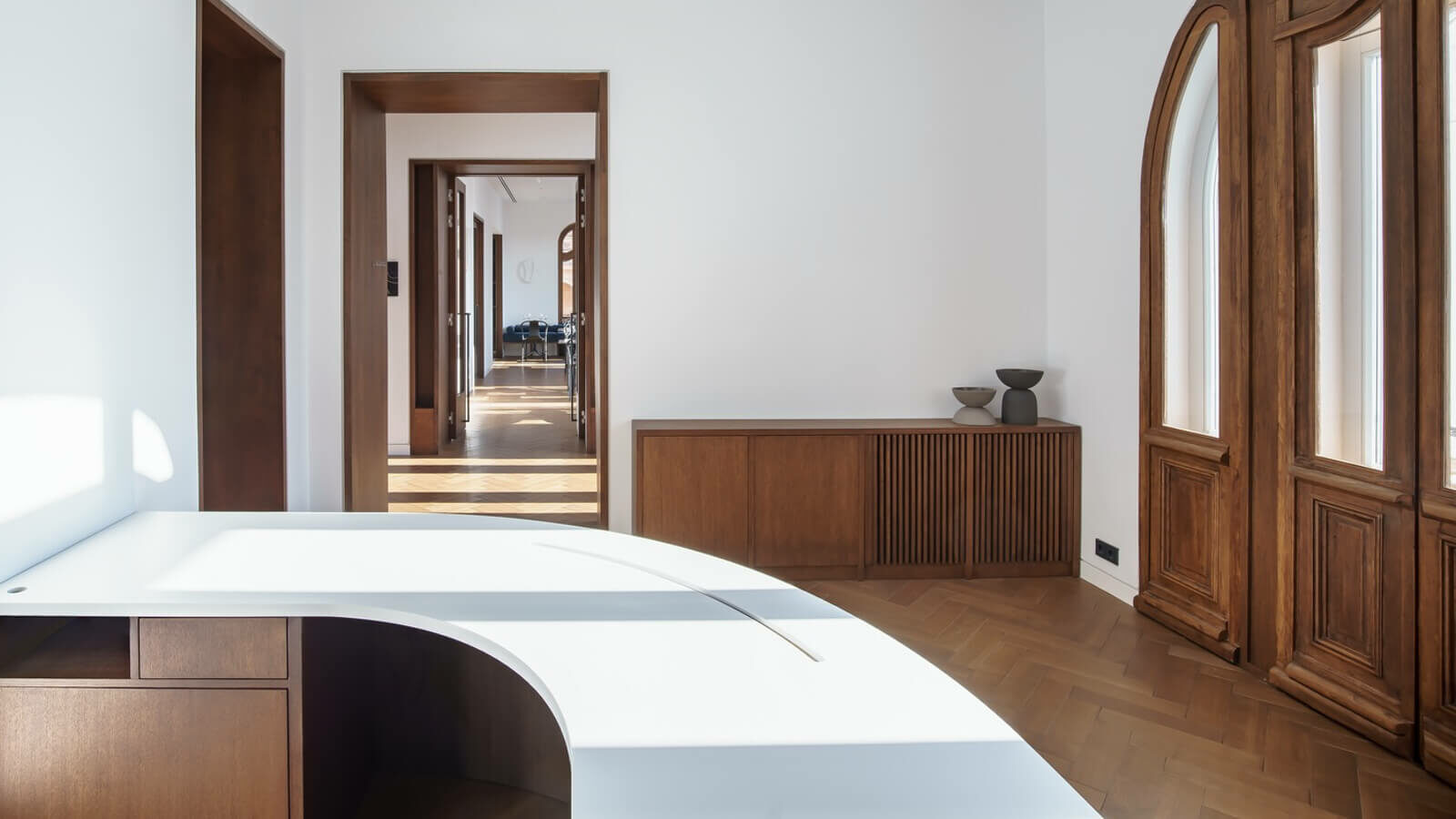 As the judges conclude, the winner in Interiors: Commercial and Institutional is “a stunningly crafted space.”

When London-based studio Manea Kella was enlisted in 2016 to renovate Casa Popeea, a storied property located near the Danube River in the Romanian city of Brăila, the designers knew that its tumultuous history would be integral to its new (and now award-winning) chapter.

Originally constructed in 1900, the 795-square-metre Art Nouveau structure suffered significant damage after a fire in 1923. Following the Second World War, the site was transferred to the then socialist regime, which allowed the once-lavish complex to fall into disrepair. By 2005, when significant efforts were taken to preserve it, it was on the brink of collapse. 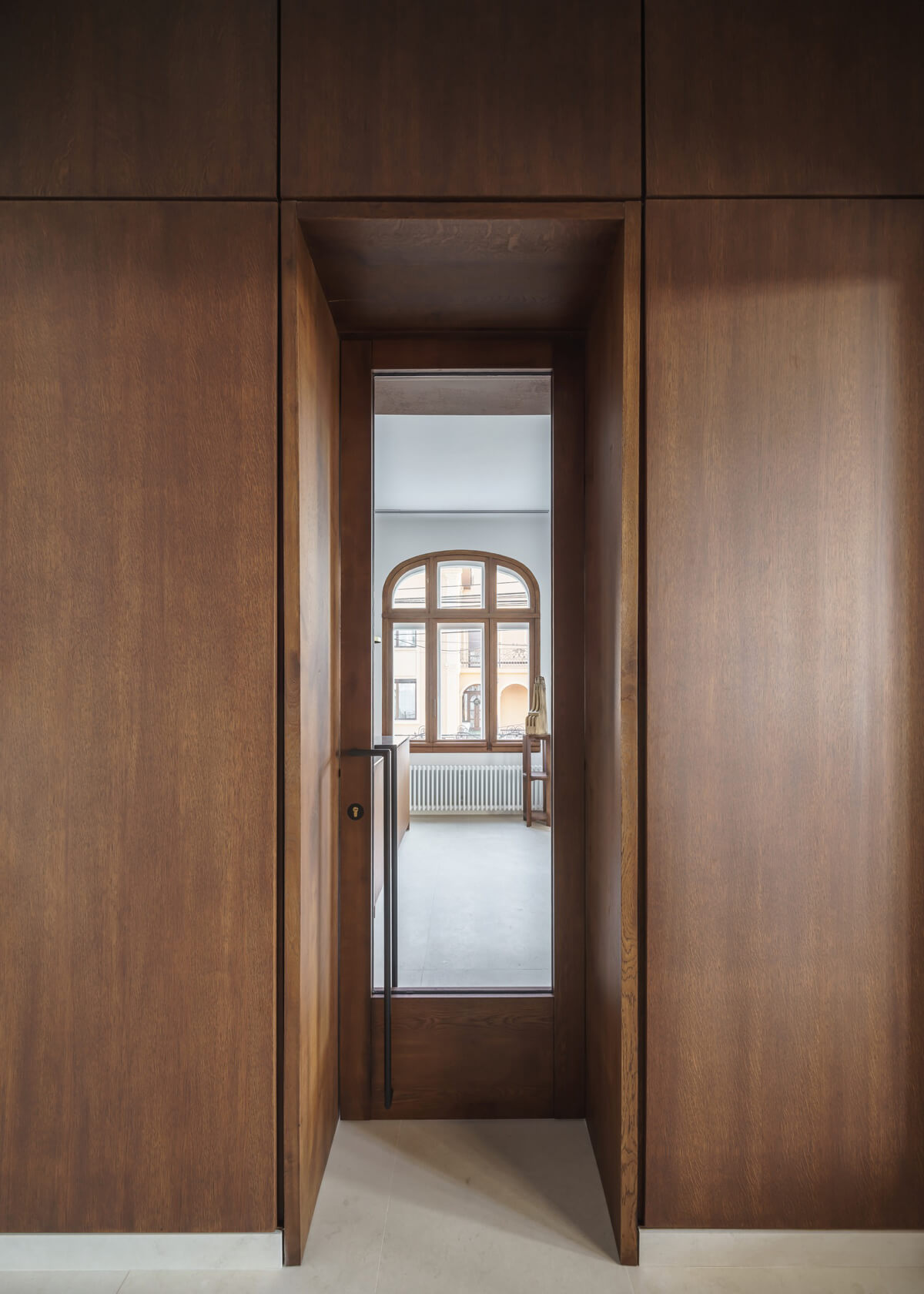 But instead of concealing this past or working against the heritage foundation, Manea Kella embraced the idiosyncratic turn-of-the-century details, returning the formerly palatial building to its previous glory. With an ornate facade now trimmed in brilliant white, the 11-room boutique hotel subsequently installed in it not only boasts strikingly pared-back interiors, but also exemplifies the care, craft and success of such a sensitive approach to adaptive re-use. 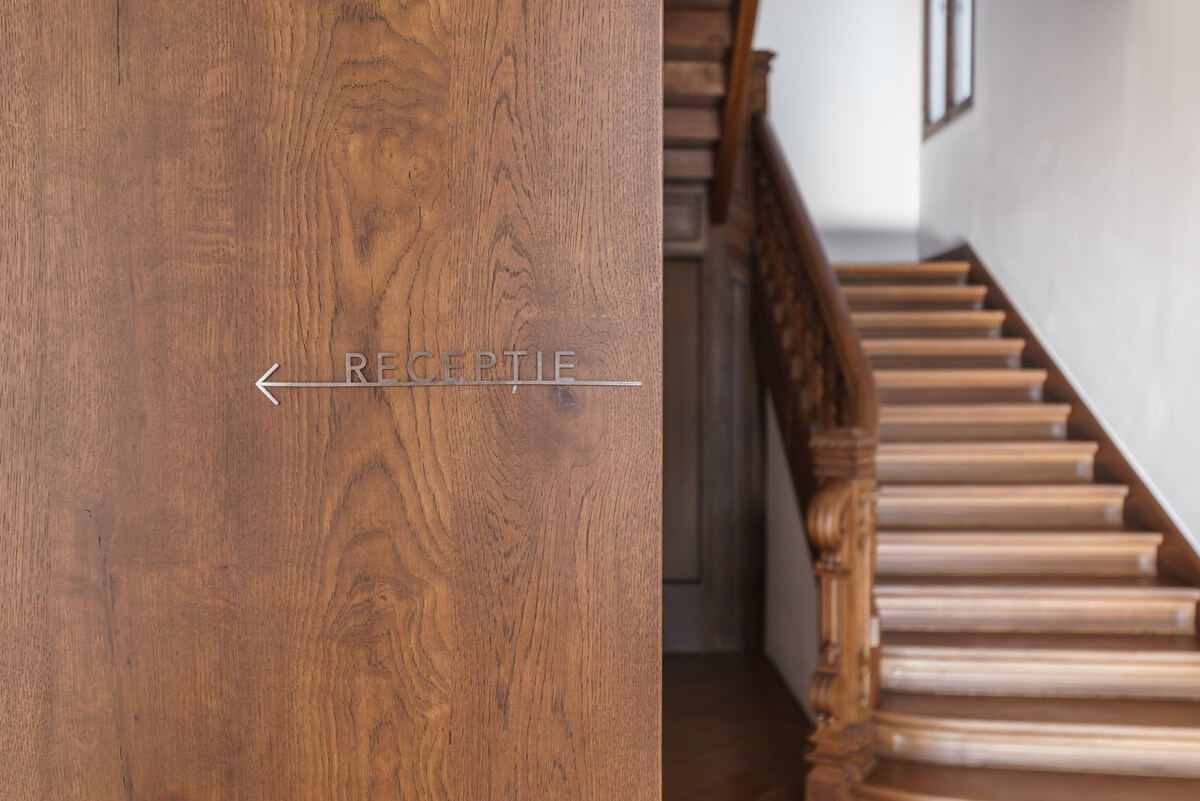 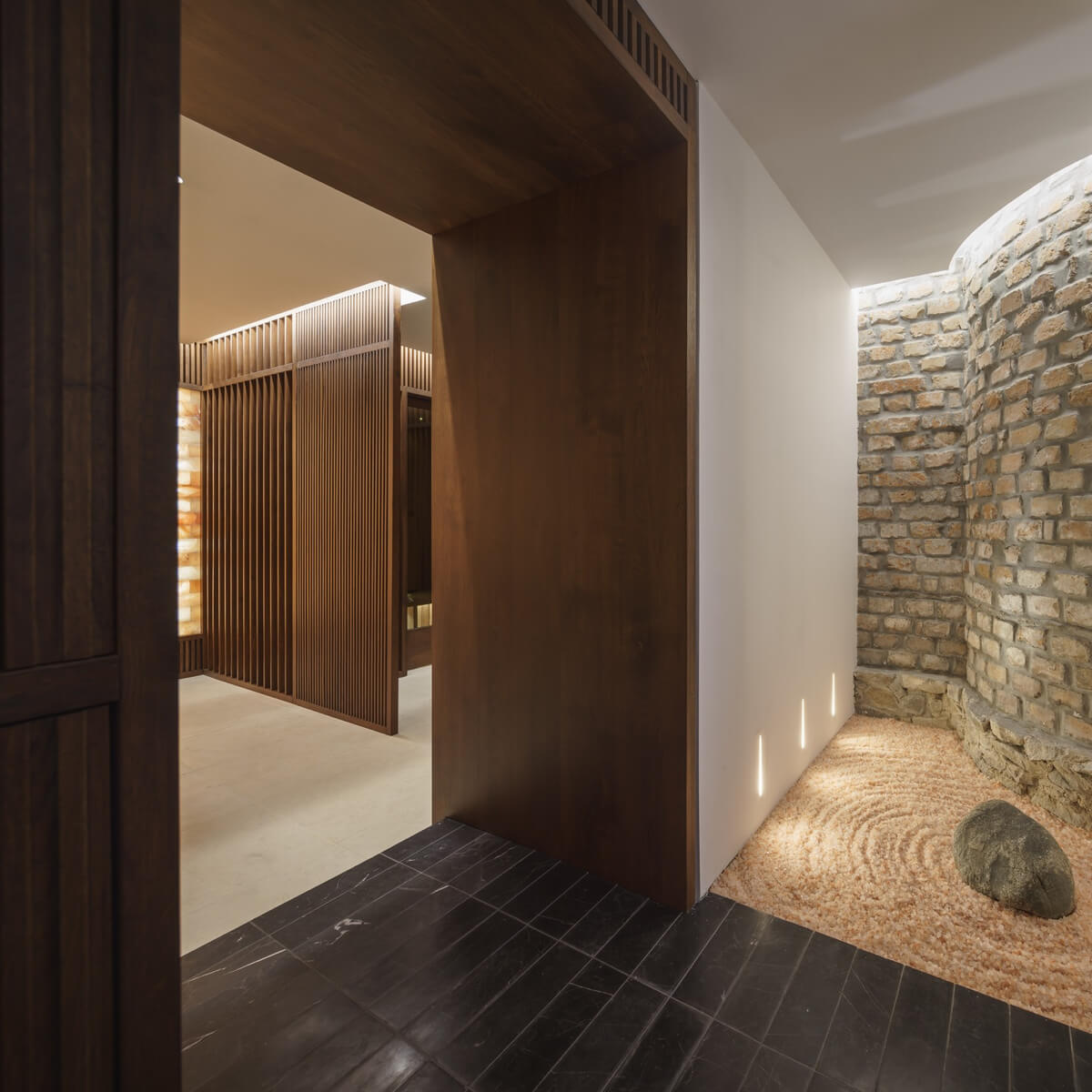 In addition to painstakingly refurbishing the existing wood elements — from window frames that curve and bend in organic whiplashes to the dramatic oak stair that required specialist carpenters from Transylvania to update — Manea Kella also incorporated its own set of contemporary insertions that take the four-storey mansion’s historic elements as a point of departure. 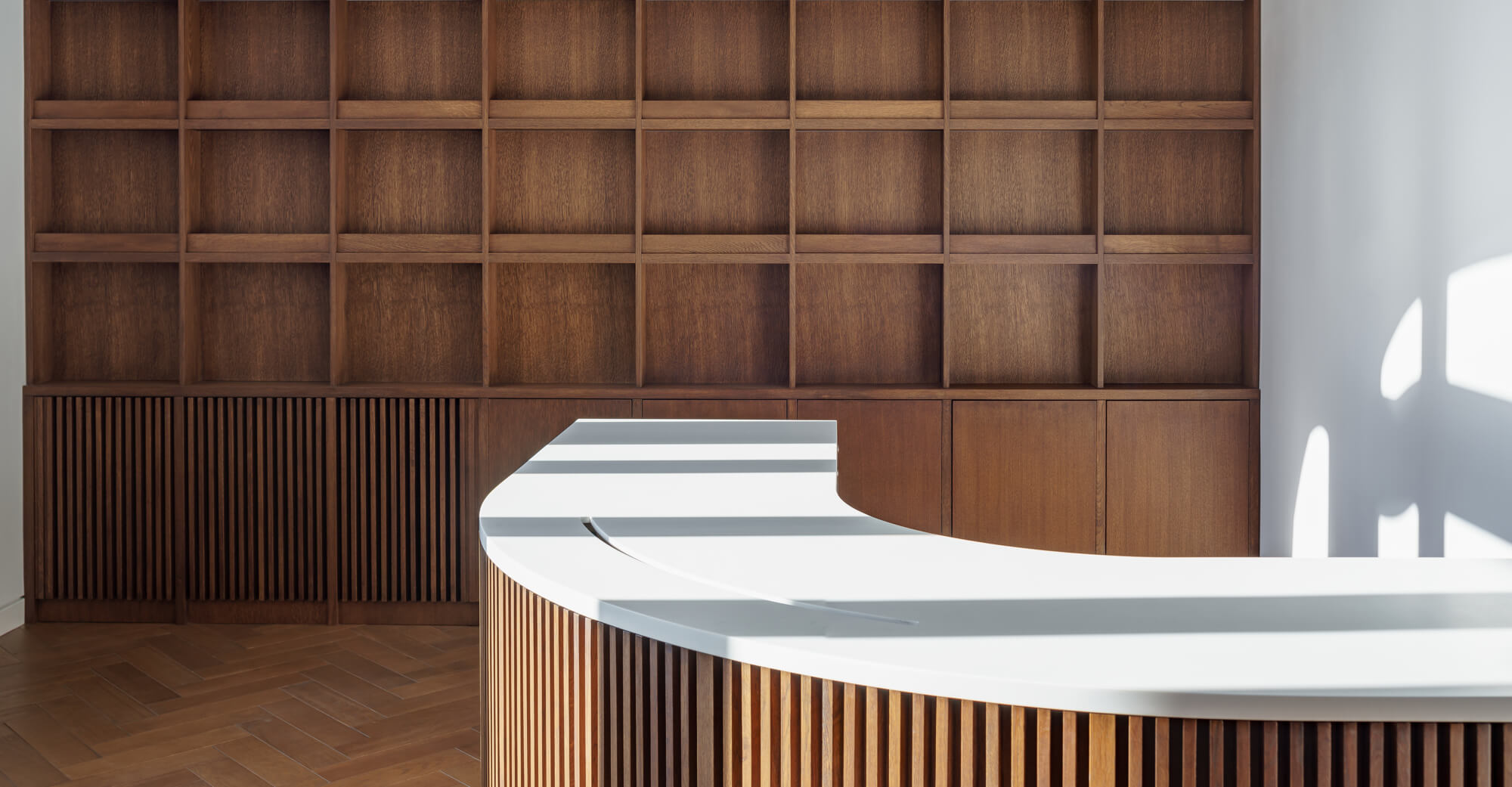 In particular, restrained oak millwork, an exquisitely tailored reception desk and finely executed portals that frame a succession of spaces define the new hotel — all of these features set off by crisp white walls and pale herringbone floors. Bespoke details continue throughout the property, including the luminous ground-floor café and subterranean spa. 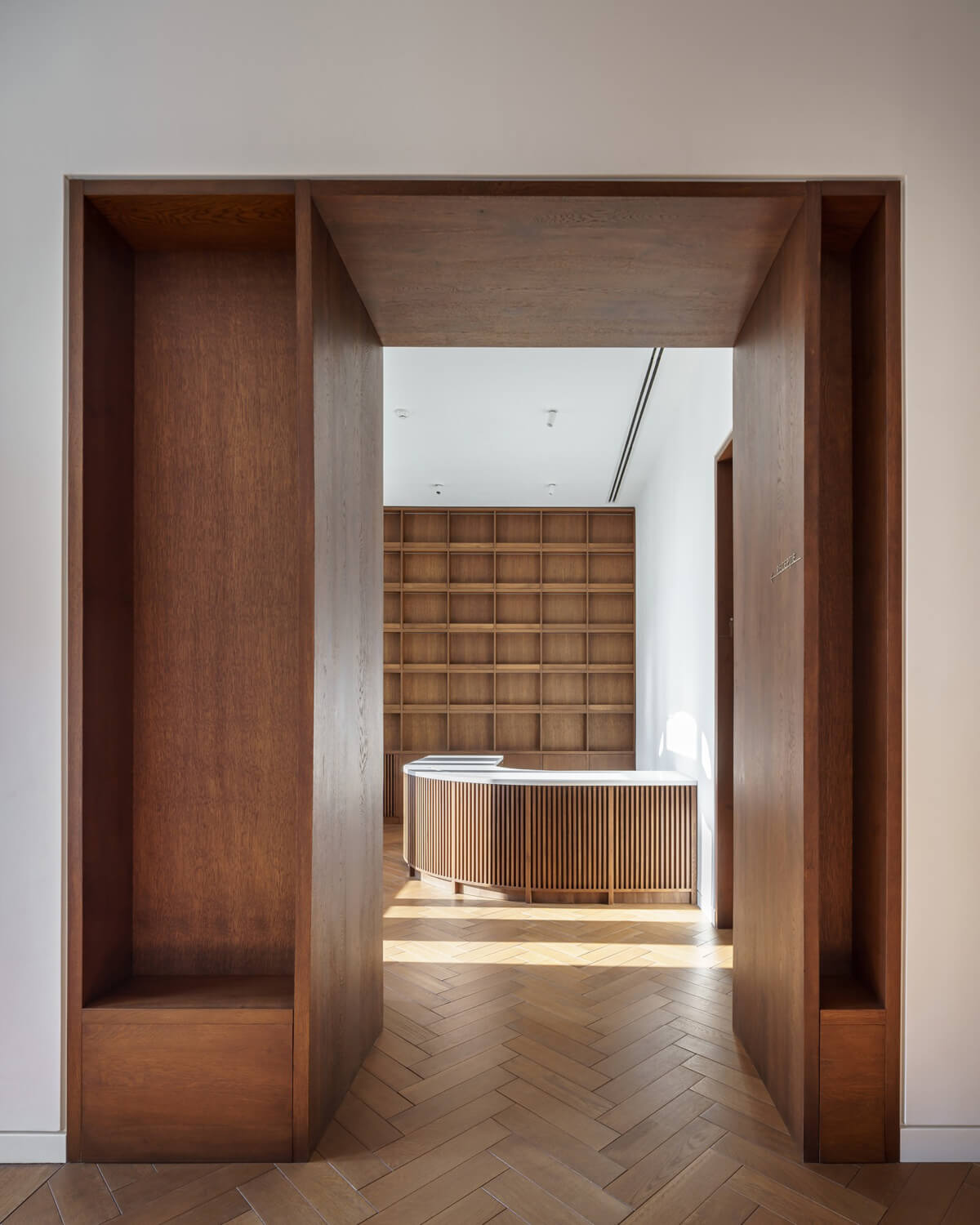 As the judges conclude, the winner in Interiors: Commercial and Institutional is “a stunningly crafted space.” 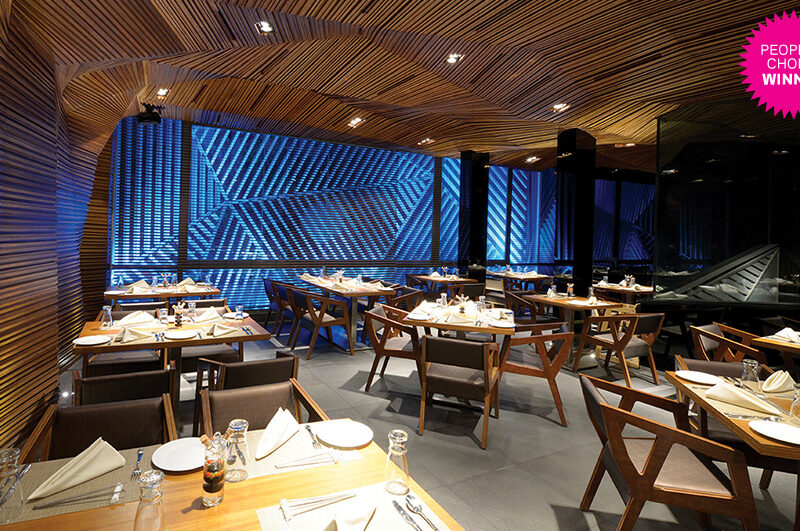 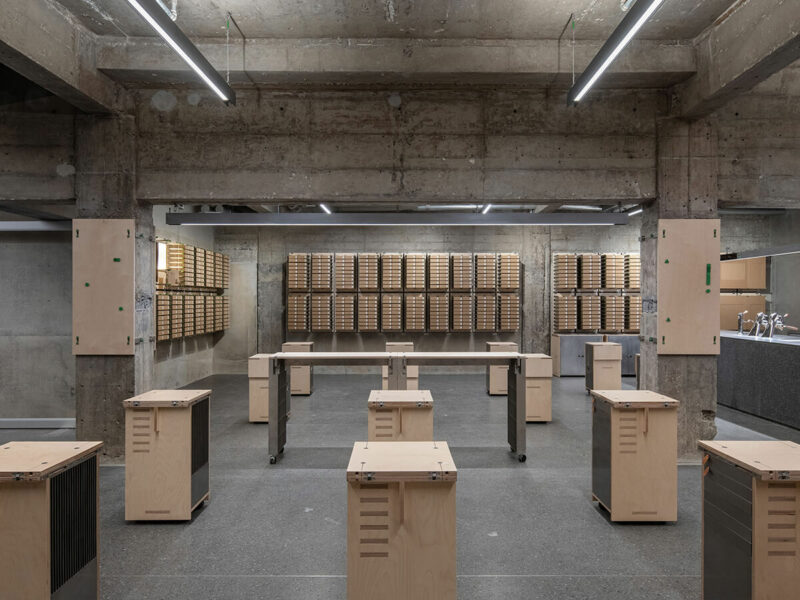 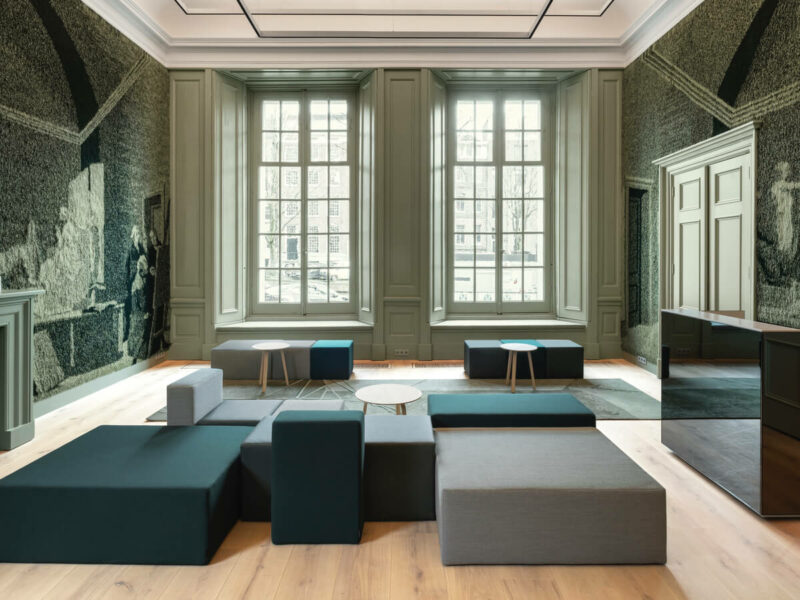