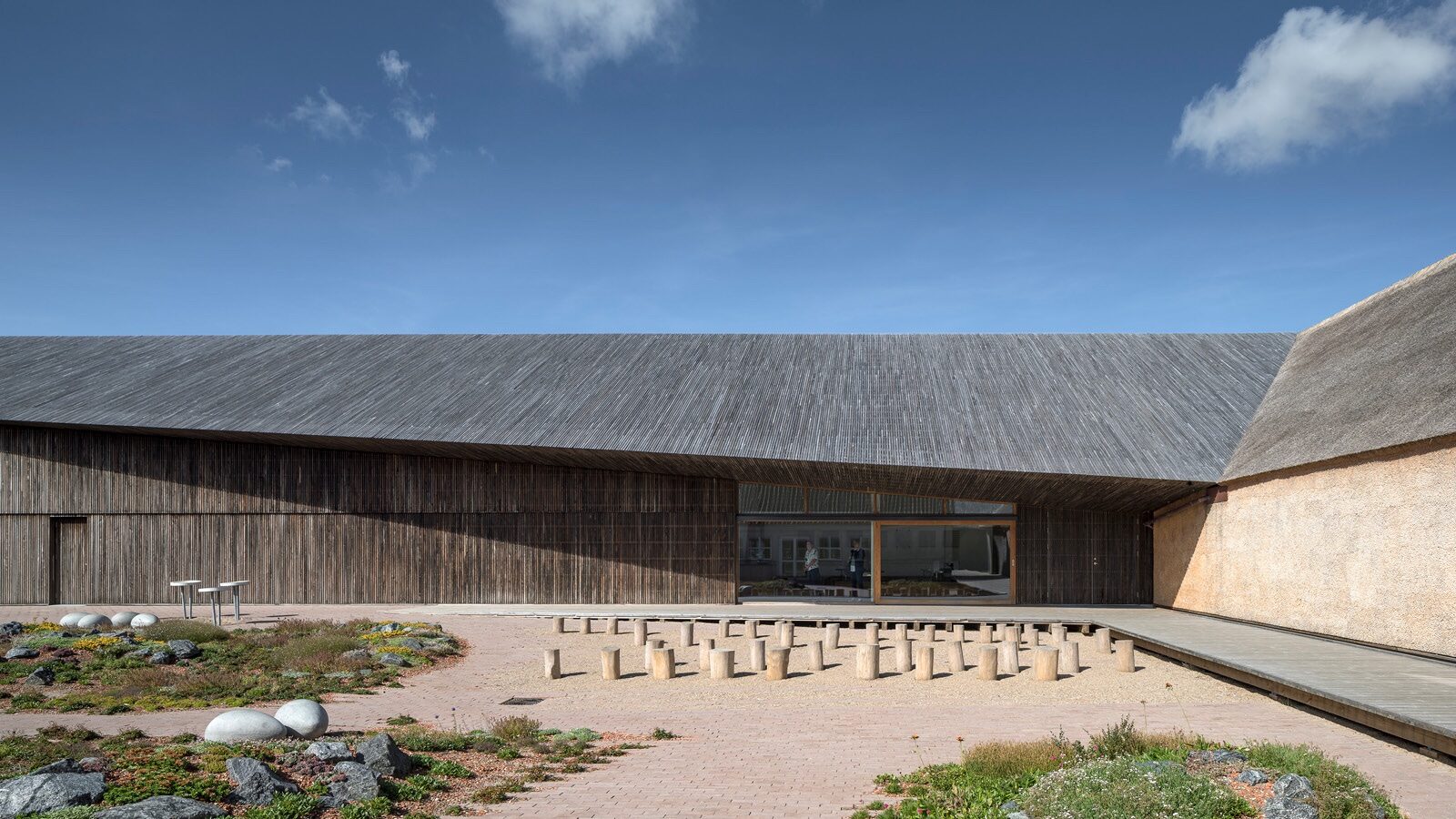 Capturing the essence of an intertidal zone that has witnessed the rise and fall of geological ages — as well as epochs of human civilization stretching from Viking outposts to the first modern Scandinavian settlements — requires something elemental, if not entirely primordial. As if folding out of the earth, the Wadden Sea Centre gracefully rises from the eponymous marshlands that extend from the Netherlands to Germany and Denmark. In addition to its sculptural presence, the new museum complex brings with it a sustainable approach all its own. 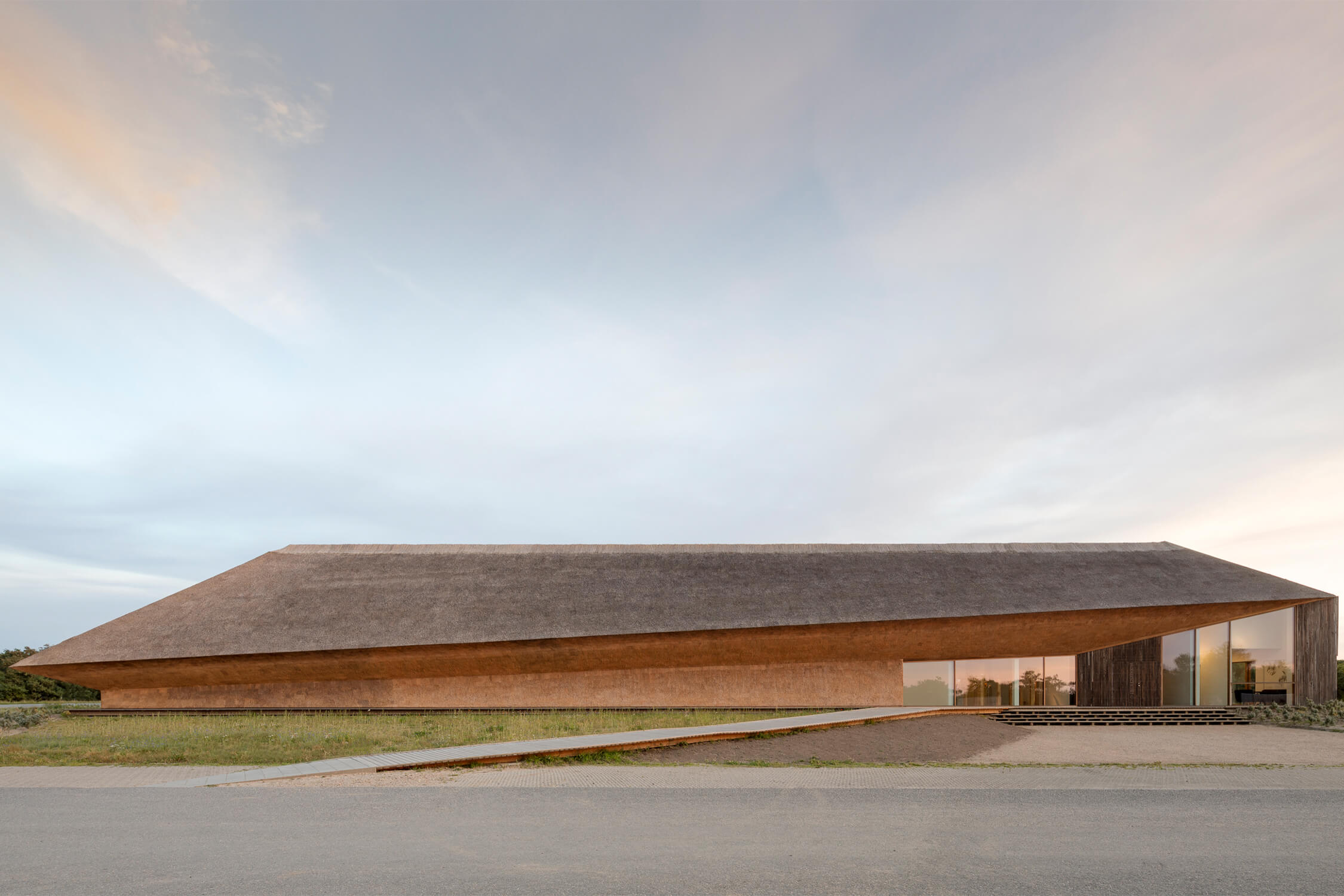 “This is simply a stunning project, with a formal invention that achieves so much with so little to connect the inside and outside.”
Marion Weiss, AZ Awards juror

As the centre sits in one of the most important areas in the world for migratory birds, it was crucial that construction did not contribute to the further destruction of avian habitats. Here’s where the building’s envelope enters. Collaborating with a number of local craftspeople, the architects used approximately 25,000 bundles of reeds sourced from nearby sites to create the largest thatched overhang of its kind.

This wasn’t, however, the building’s only eco-feat. Additional segments of the roofs and facades feature Robinia, a sustainable hardwood that matches the durability of its exotic counterparts while circumventing the damaging clear-cutting practices employed in their harvest. The structure’s faceted form also buffers both the central courtyard between existing structures and the firm’s addition from the site’s strong winds, while the deliberate placement of windows and skylights further limits the building’s energy consumption and contributes to its passive status. 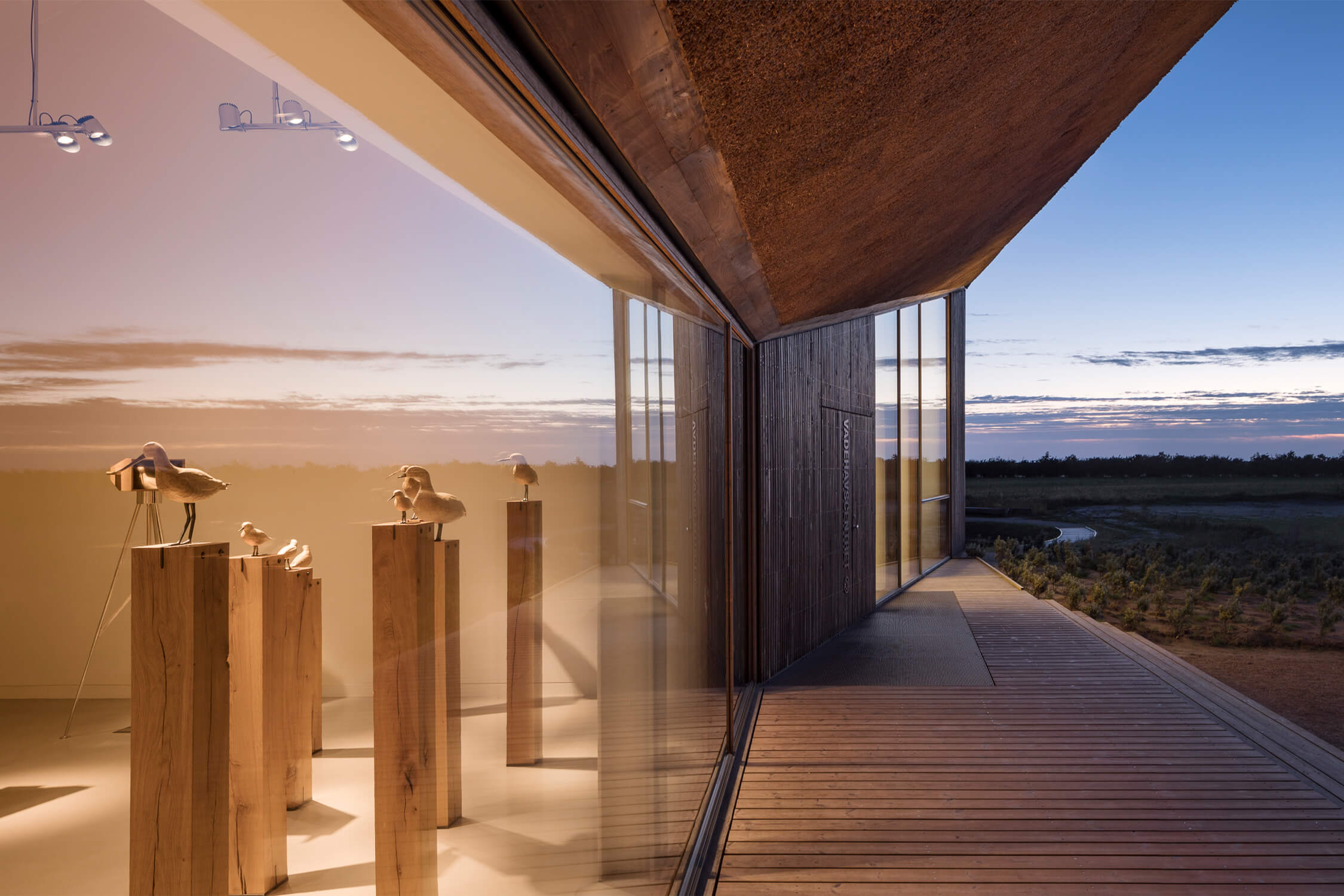 Not simply a nod to the regional vernacular and placemaking strategies, the material requires no processing prior to it use and was literally dried in place with sea air. Dorte Mandrup’s insistence on the application of the natural material defining traditional four-winged farmhouses also raised issues of flammability, leading to a number of innovations that resulted in amendments to Danish fire regulation. 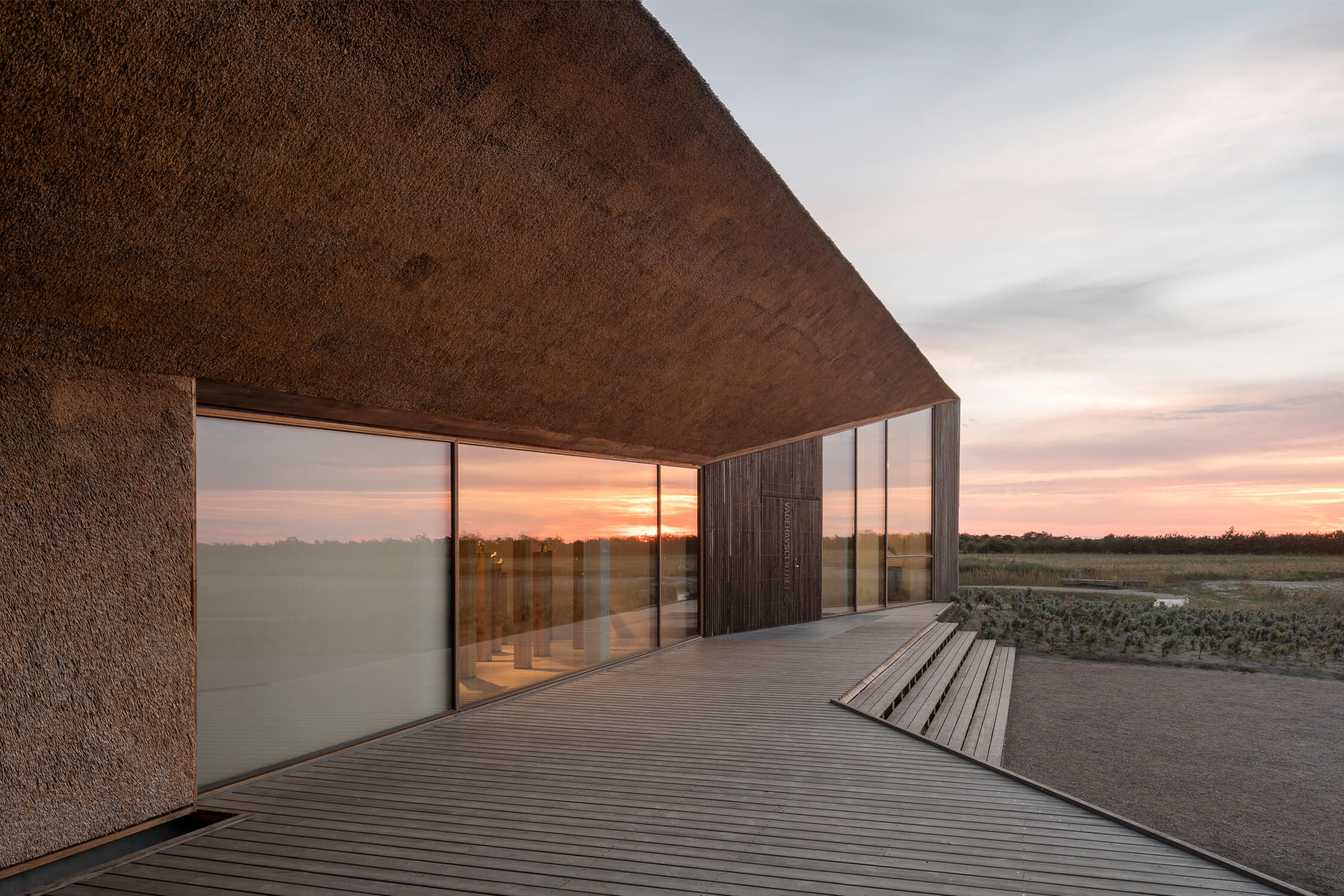 A structure that’s uniquely of its place, the Wadden Sea Centre combines age-old techniques with high-minded contemporary stewardship. In doing so, it also looks to ensure that the UNESCO World Heritage site in which it rests is present to see what the next era holds. 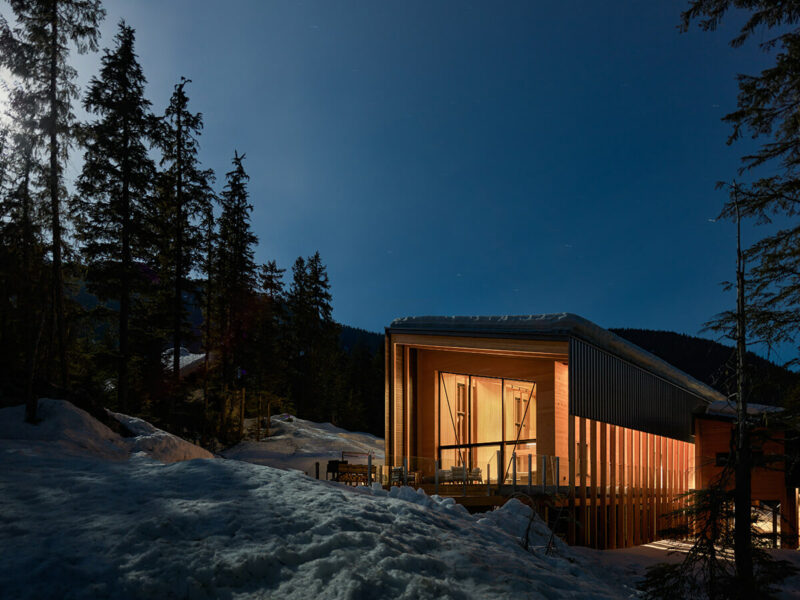 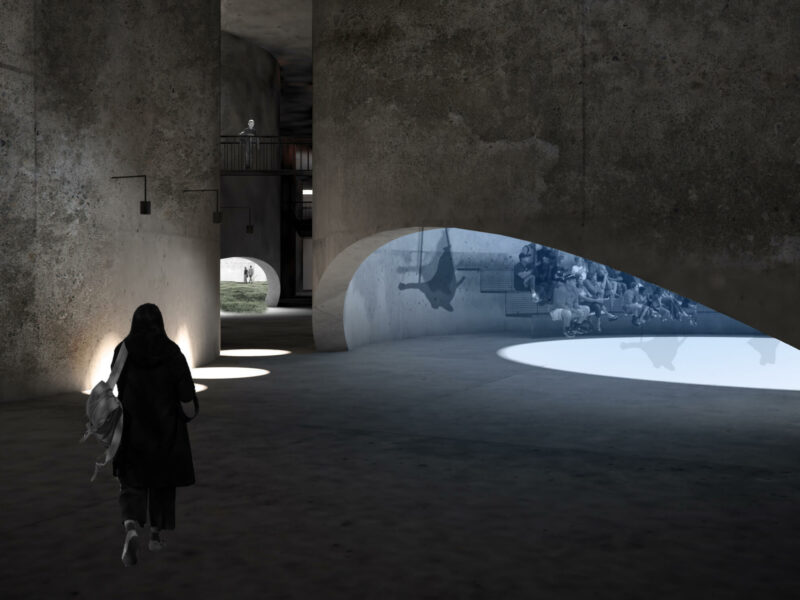 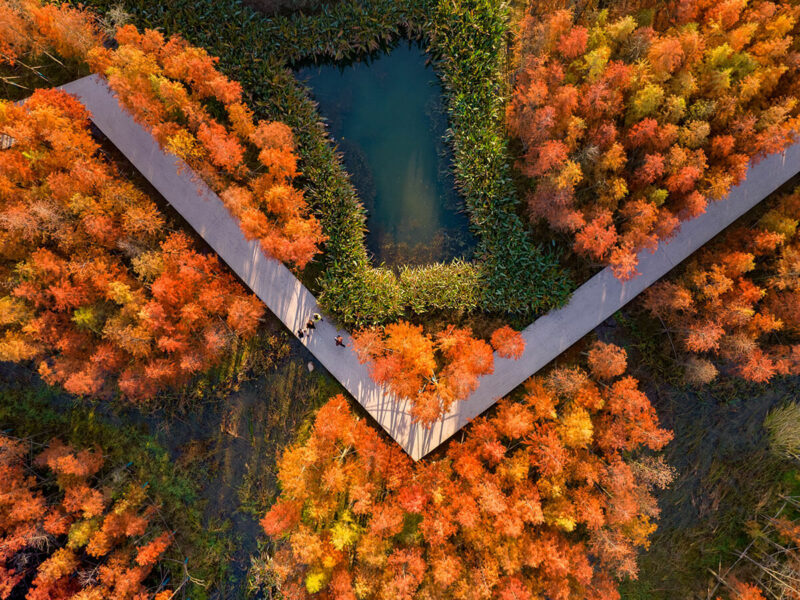