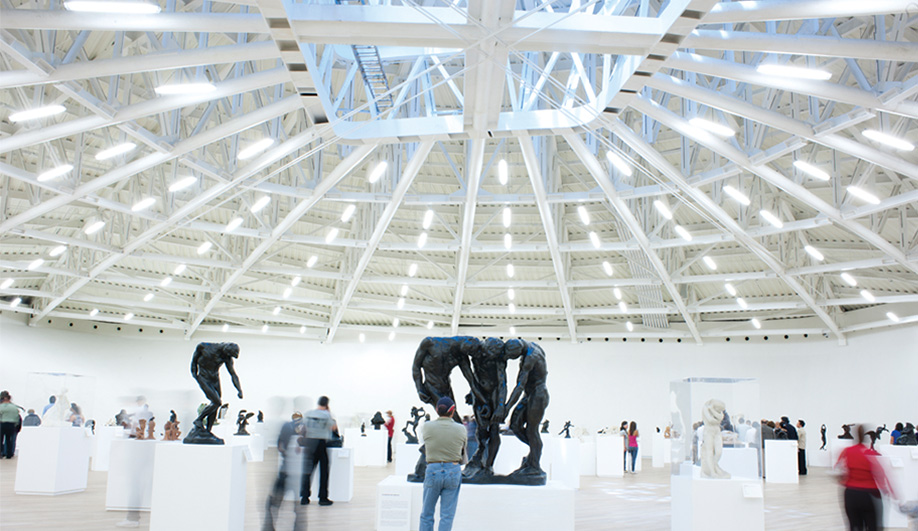 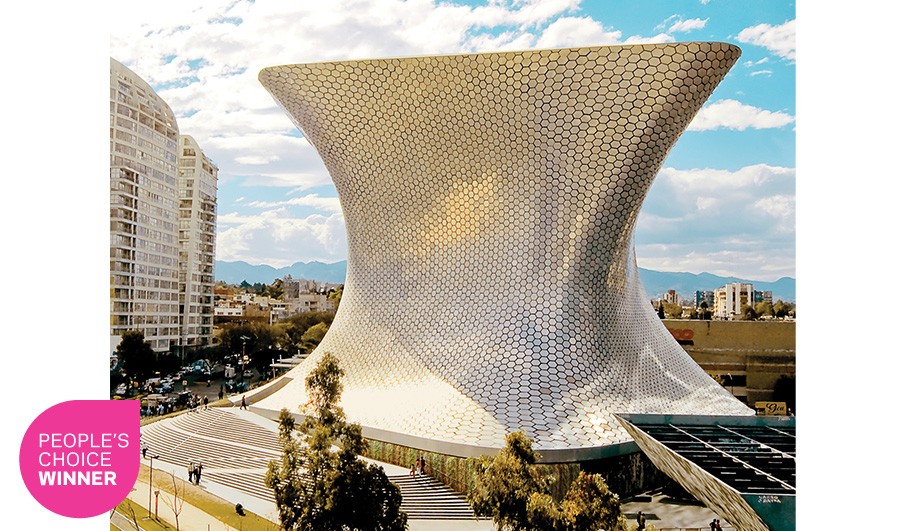 A silver swell rising from the ground, this shapely art museum has effectively transformed a former industrial site in the Polanco district on the outskirts of Mexico City into an inter­national showpiece. The six-storey structure, formed by 28 vertical steel columns encircled with seven steel bracings, is clad in hexagonal aluminum modules, evoking fish scales or the floor tiles in a Parisian bistro. Some 6,000 square metres of exhibition space, connected by a series of ramps and brightened by a dramatic skylight, houses billionaire magnate Carlos Slim’s vast collection, including an impressive group of Rodins and other artworks that span six centuries. ­ 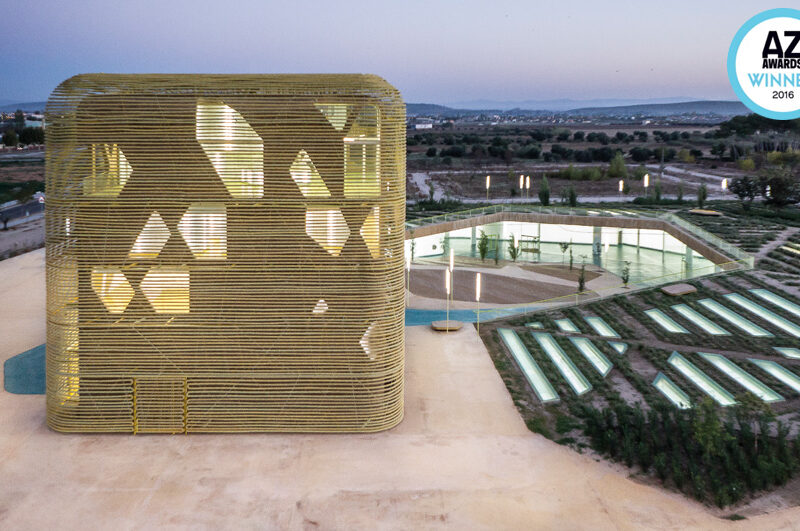 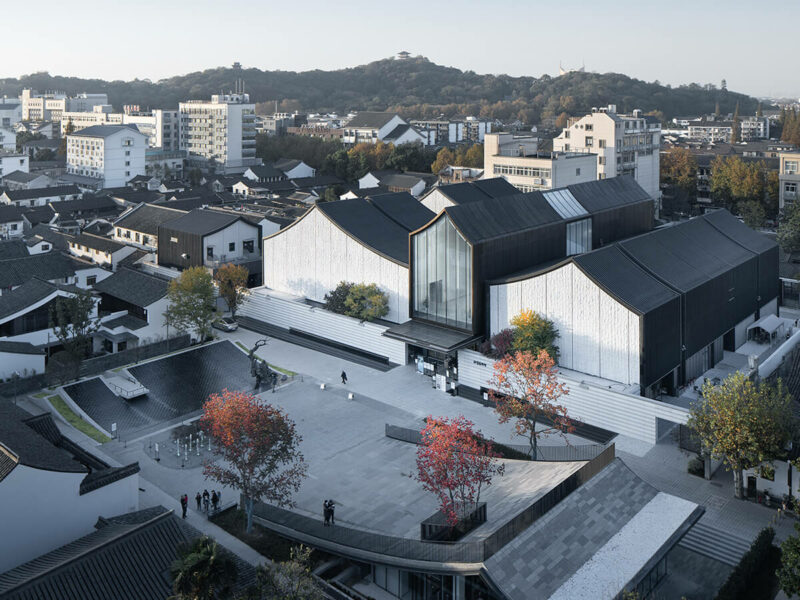 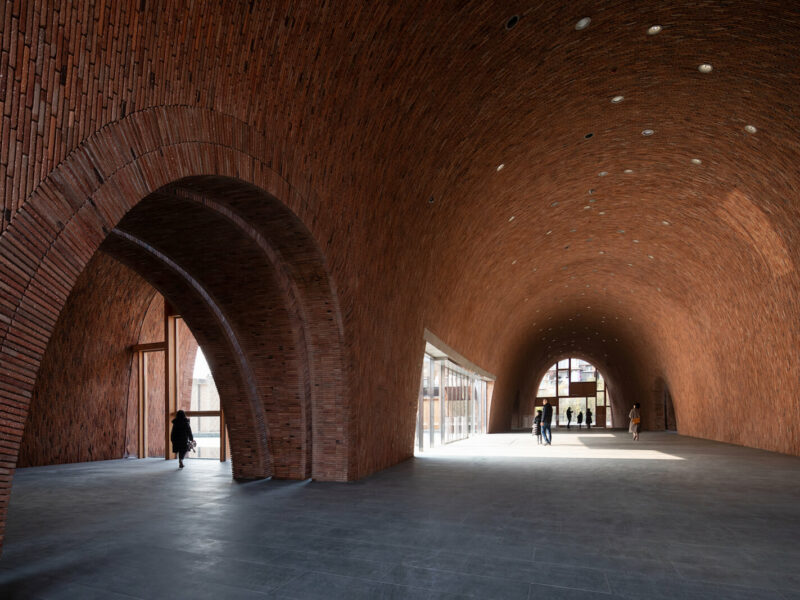