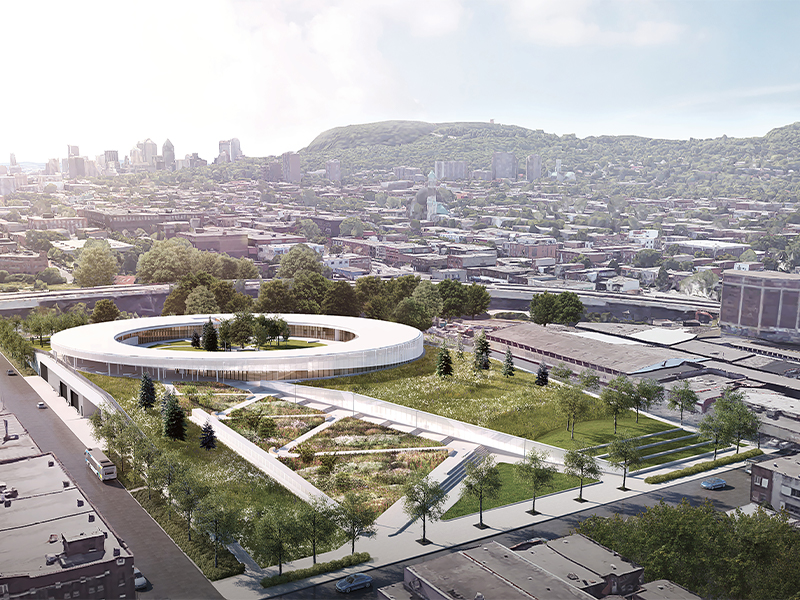 In its initial incarnation, the design for the Bellechasse Transport Centre in Montreal centred on a 20-metre high edifice. But then Lemay had an idea: Why not dig down instead of building up? In the new version — an 87,000-square metre transport hub, home to a fleet of electric and hybrid buses — all the parking and maintenance spaces would be in an underground building, accessed by a ramp that spirals downward. The offices, with space for 600 employees, would be housed within a circular wood and steel building, situated above ground, atop the subterranean spiral. The rest of the complex would comprise parks, pathways and bike amenities — making the Bellechasse greener and more serene than any other bus depot in the country. 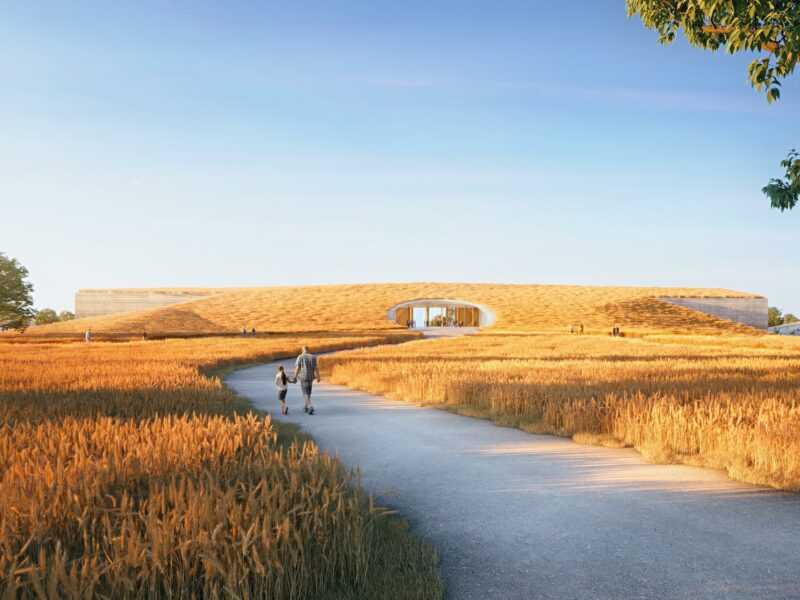 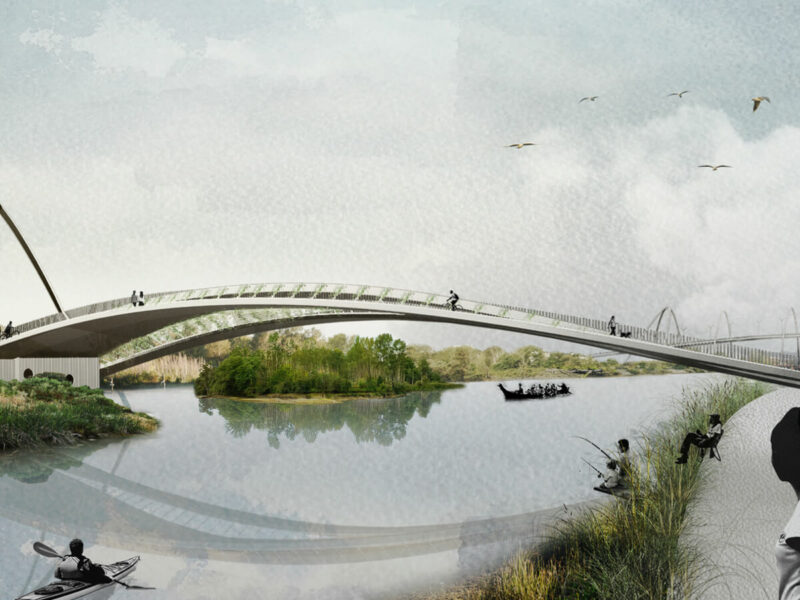 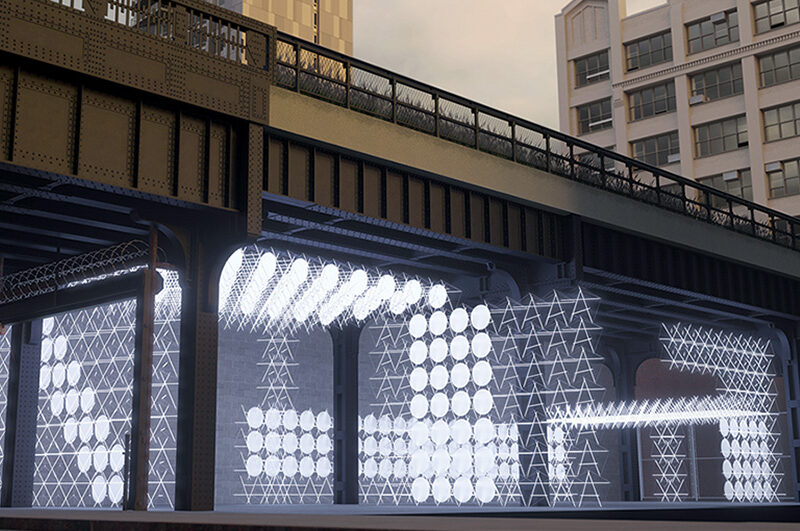