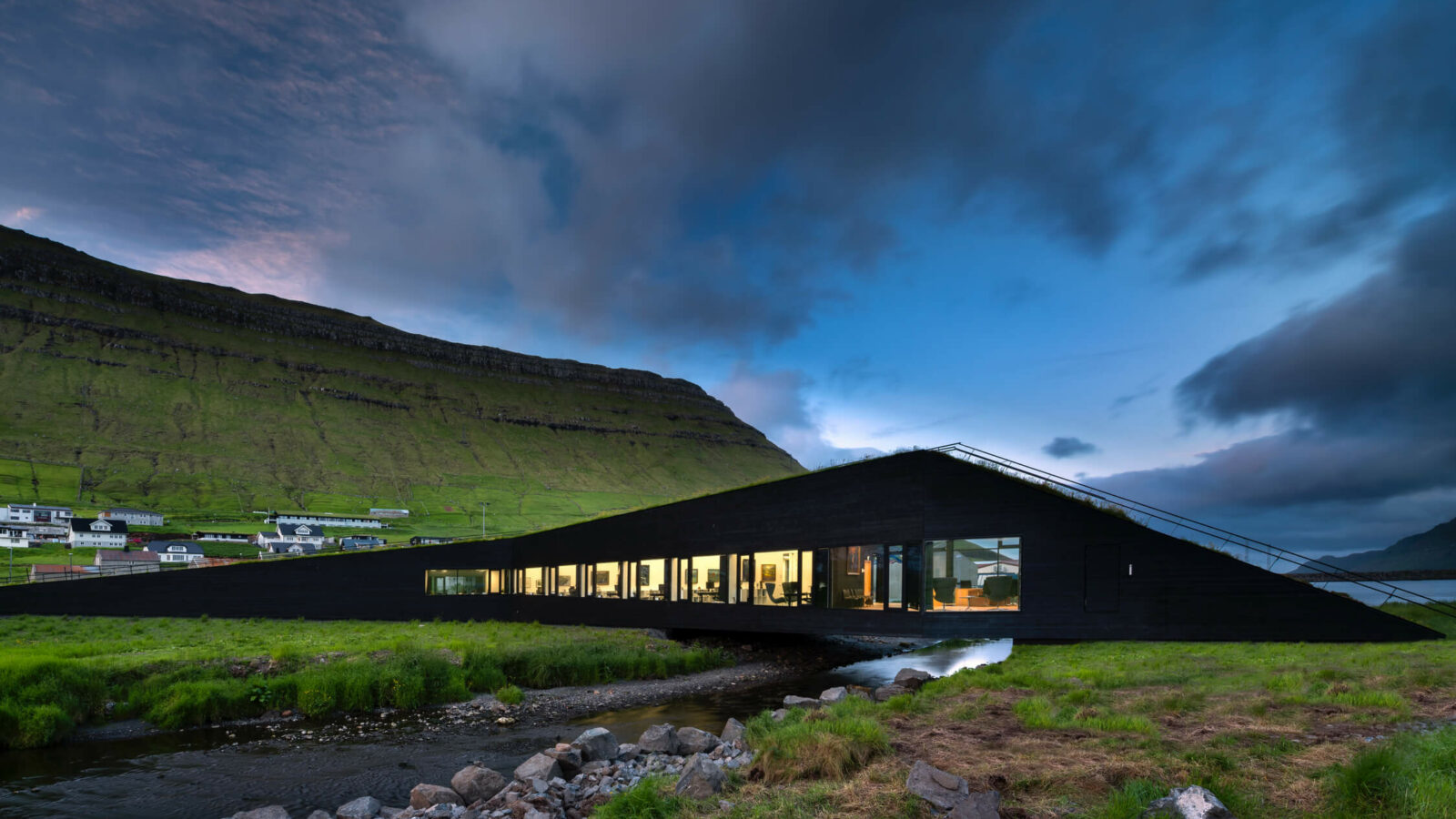 When designing the Eystur Town Hall – a civic centre in the 2,100-person municipality of Eysturkommuna, in the Faroe Islands – Ósbjørn Jacobsen, of the Danish firm Henning Larsen’s local office, had two influences in mind. First, there was the Republic of Venice, where the bridges drew large numbers of people and consequently became hubs of commerce and culture. Second, there was Faroese vernacular design, whereby buildings, typically clad in rough wood and topped with a mossy roof, seem to blend into the landscape.

Jacobsen’s hall is a literal bridge – a pine-clad, sod-covered volume built around a steel core – that spans the mouth of a river in the centre of town. The prismatic design bespeaks modernist sophistication, but the work is at one with its natural surroundings. During meetings, the mayor and eight other counsellors sit around a window installed in the floor; when they look down, they sometimes see trout swimming in the water below.

Eystur Town Hall
Back to Buildings Under 1,000SqM 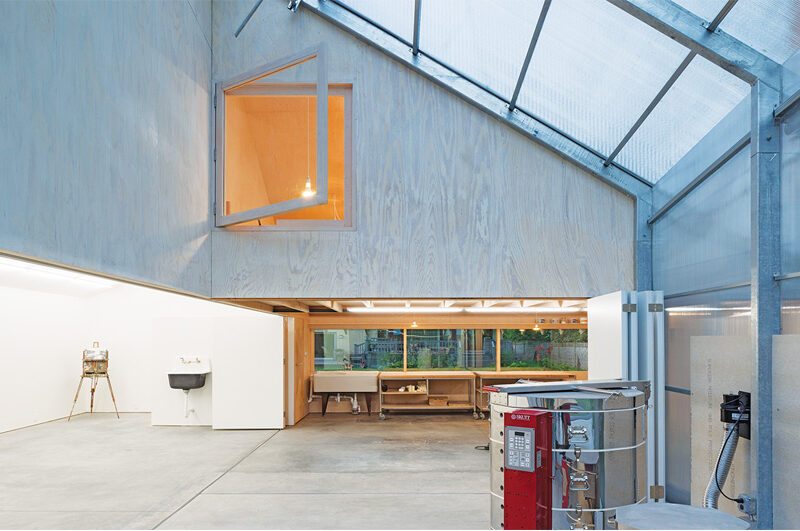 Award of MeritBuildings Under 1,000SqM
He, She & It
Location
Buffalo, U.S.
Firm
Davidson Rafailidis, U.S.
2020 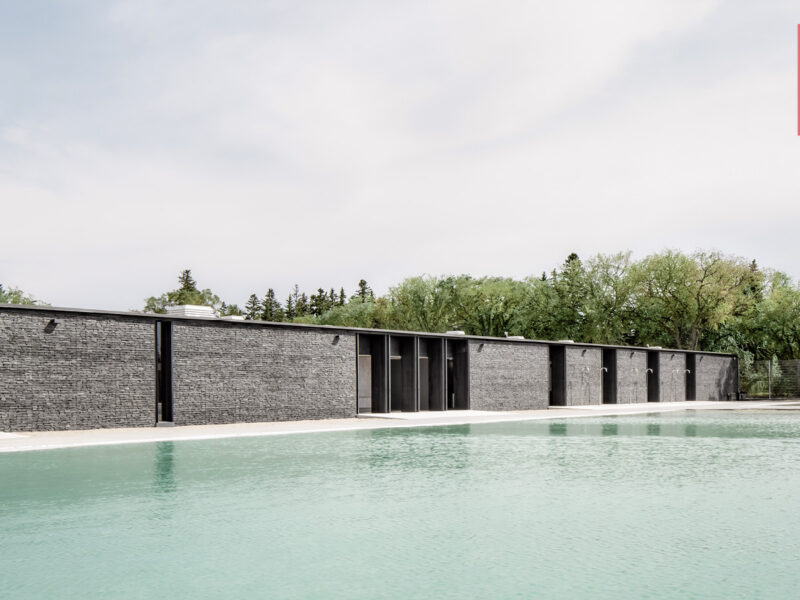