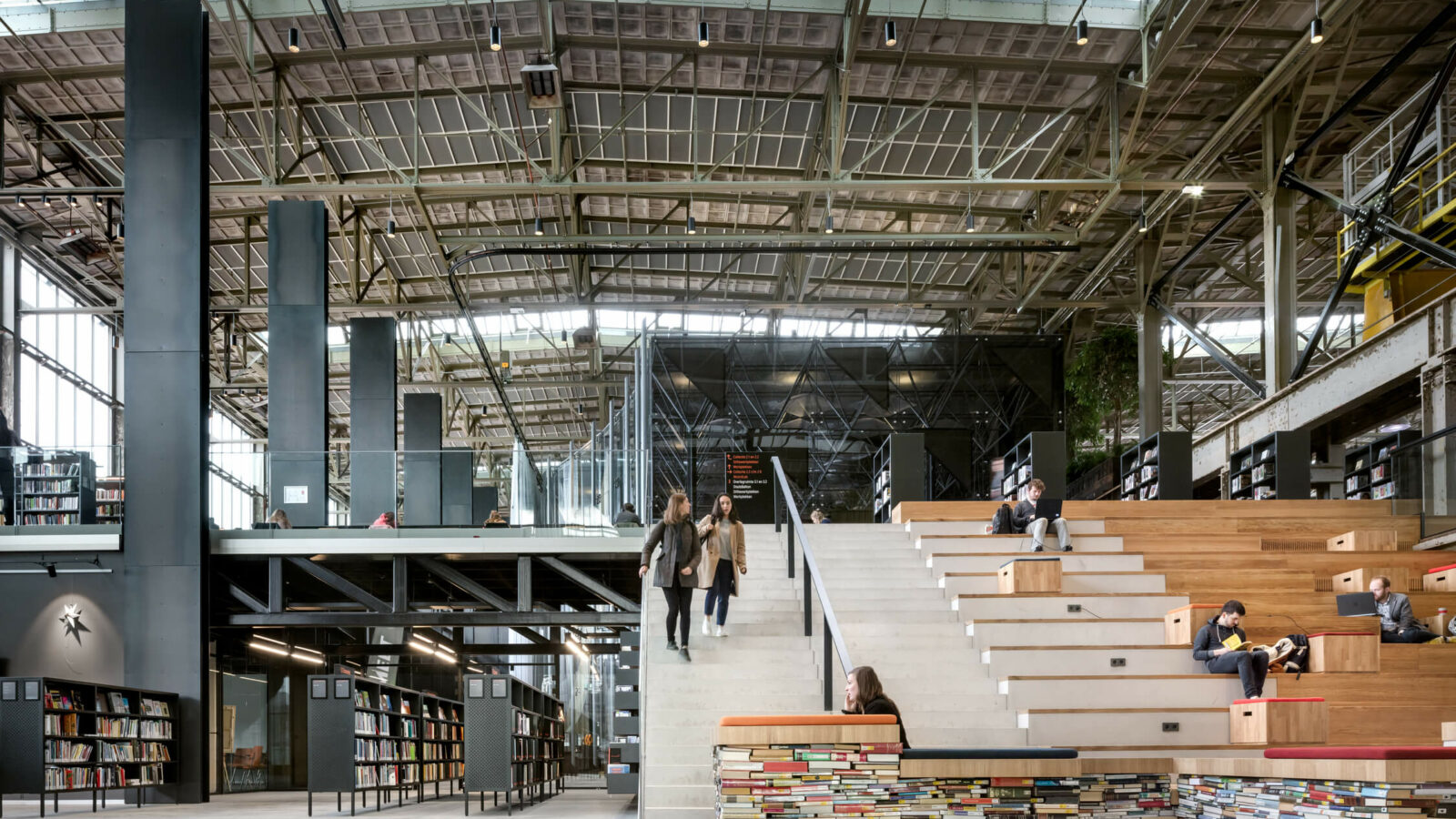 In a complete break from the traditional, book-centric typology, a team led by Amsterdam’s Civic Architects converted a 1932 locomotive hangar in the city of Tilburg into a 21st-century library: a mixed-use and multi-functional venue that’s inclusive and curatorial rather than hush-hush and archival. Although there may still be quiet nooks for reading in the new facility, its soaring 15-metre ceilings give the single-volume space a sense of being in a great public hall or covered square. A grand stairway leads to the second and third floors, each of which is set back from the one below it. Six changeable textile screens hang from rails and help with the acoustics. The librarians can also operate them to subdivide and reconfigure spaces as required by each day’s programming. 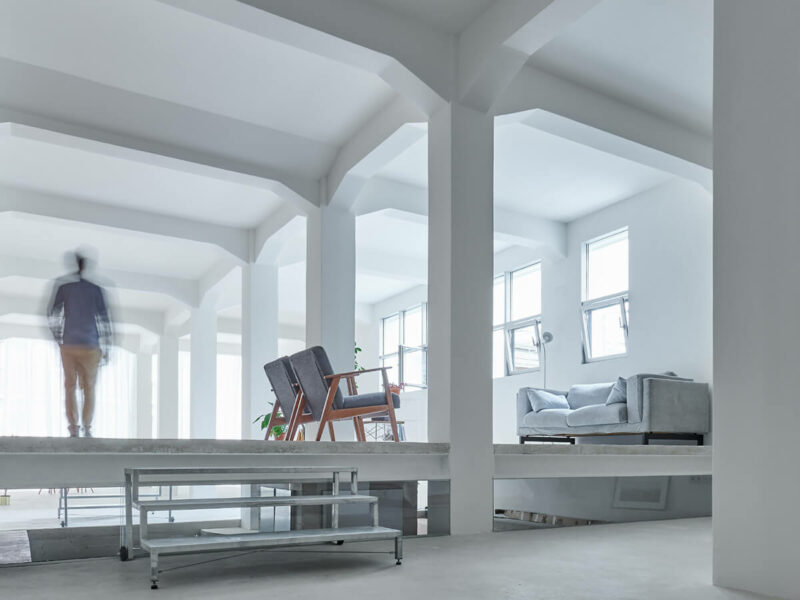 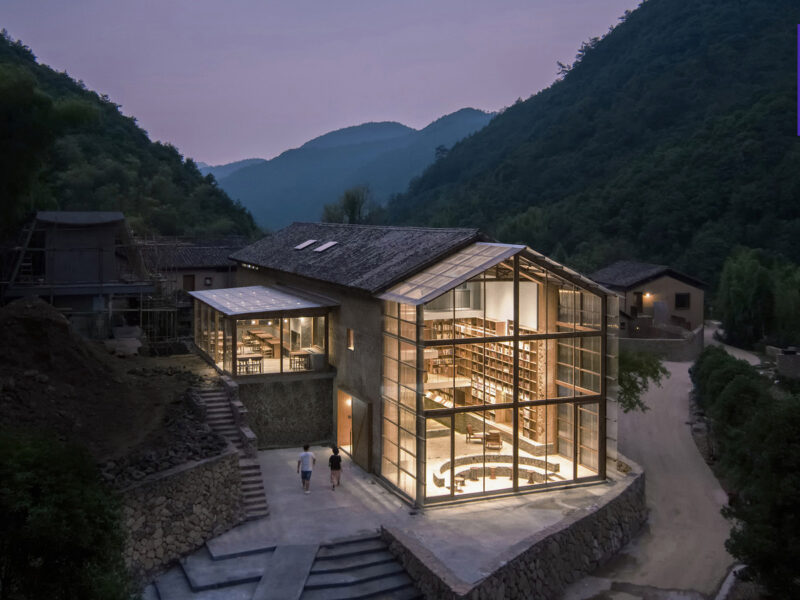 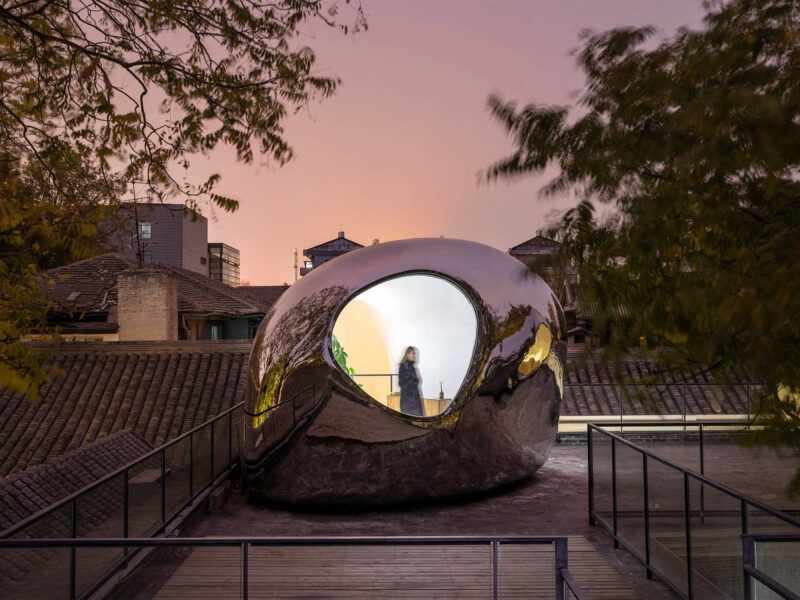