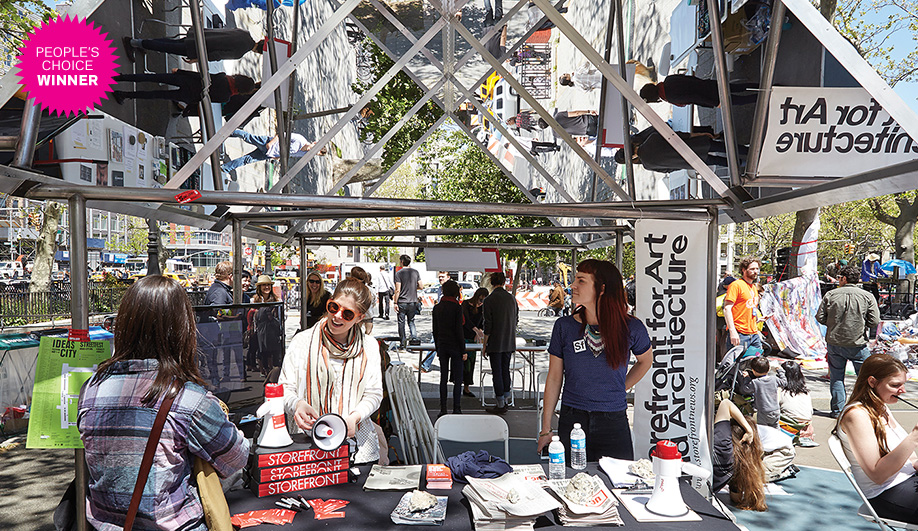 Easily the world’s coolest street festival tent, MirrorMirror consists of just three simple elements: a gabled, hinged roof covered in stretched reflective Mylar foil; foldable steel tripod frames; and concrete block anchors – all deployed in six minutes or less. After it was chosen as the winning entry in a competition by New York’s Storefront for Art and Architecture, along with the New Museum, the portable pop-up venue enjoyed its first moment in the sun during 2013’s Ideas City, where it reflected the action on the sidewalk, boosting the energy of the Bowery event. ­davidsonrafailidis.­net 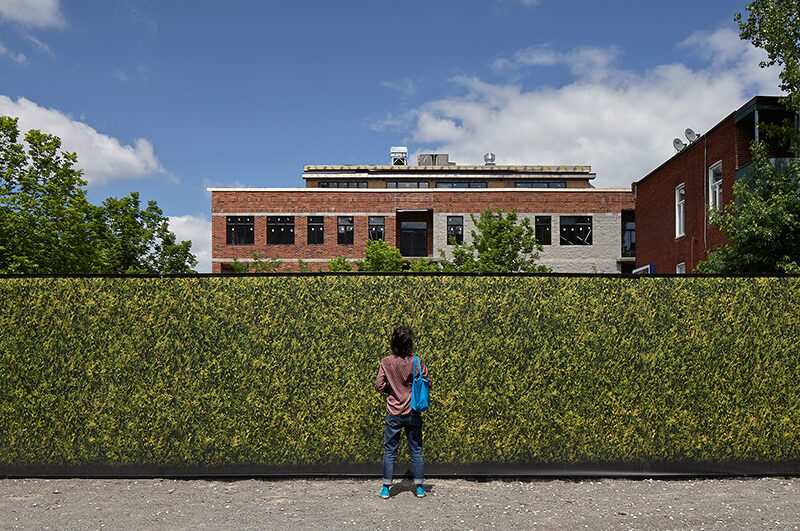 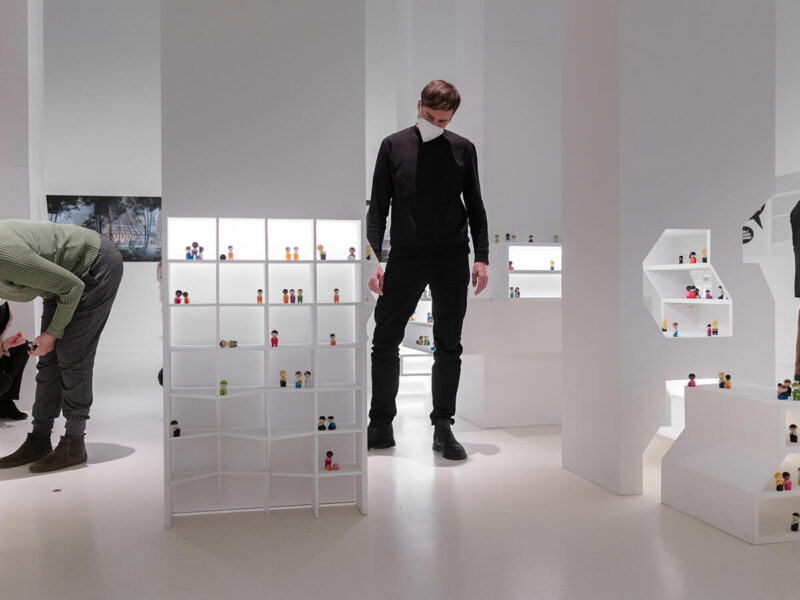 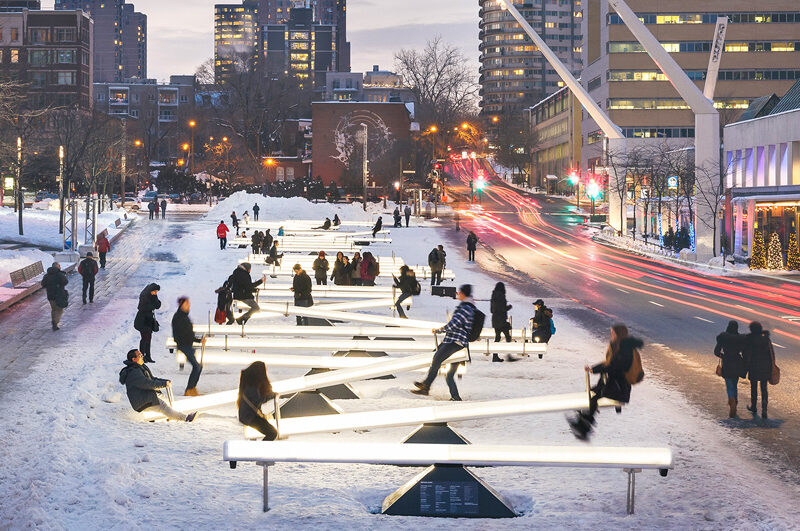