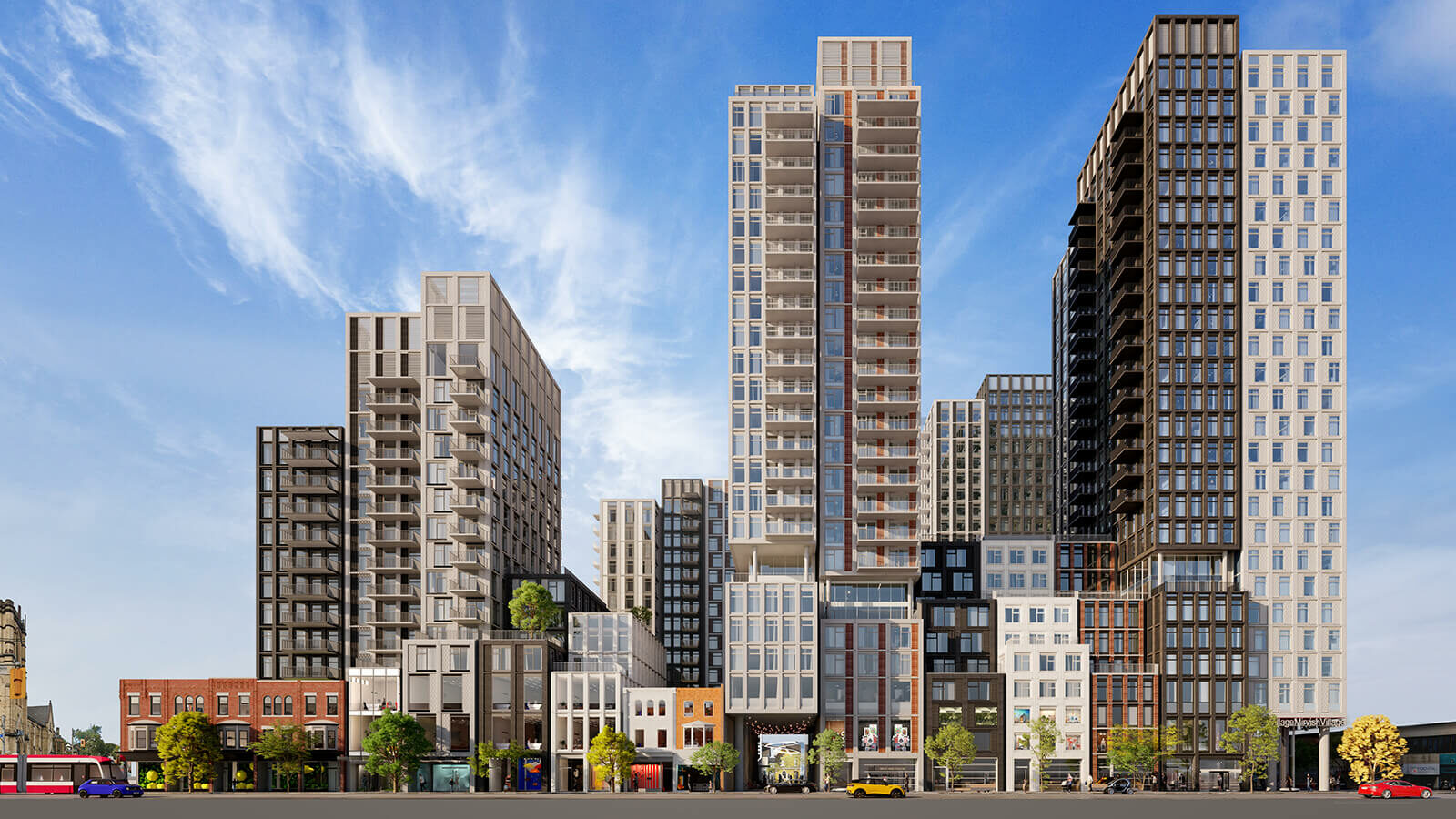 As part of Mirvish Village’s visionary redevelopment, Honest Ed’s will be replaced not by a single mass but rather by 33 micro-towers.

Honest Ed’s, a beloved discount store that anchored Toronto’s Mirvish Village neighbourhood for almost seven decades, was known for its eclecticism, which was expressed in both its wild marquee signage and its diverse product assortment. 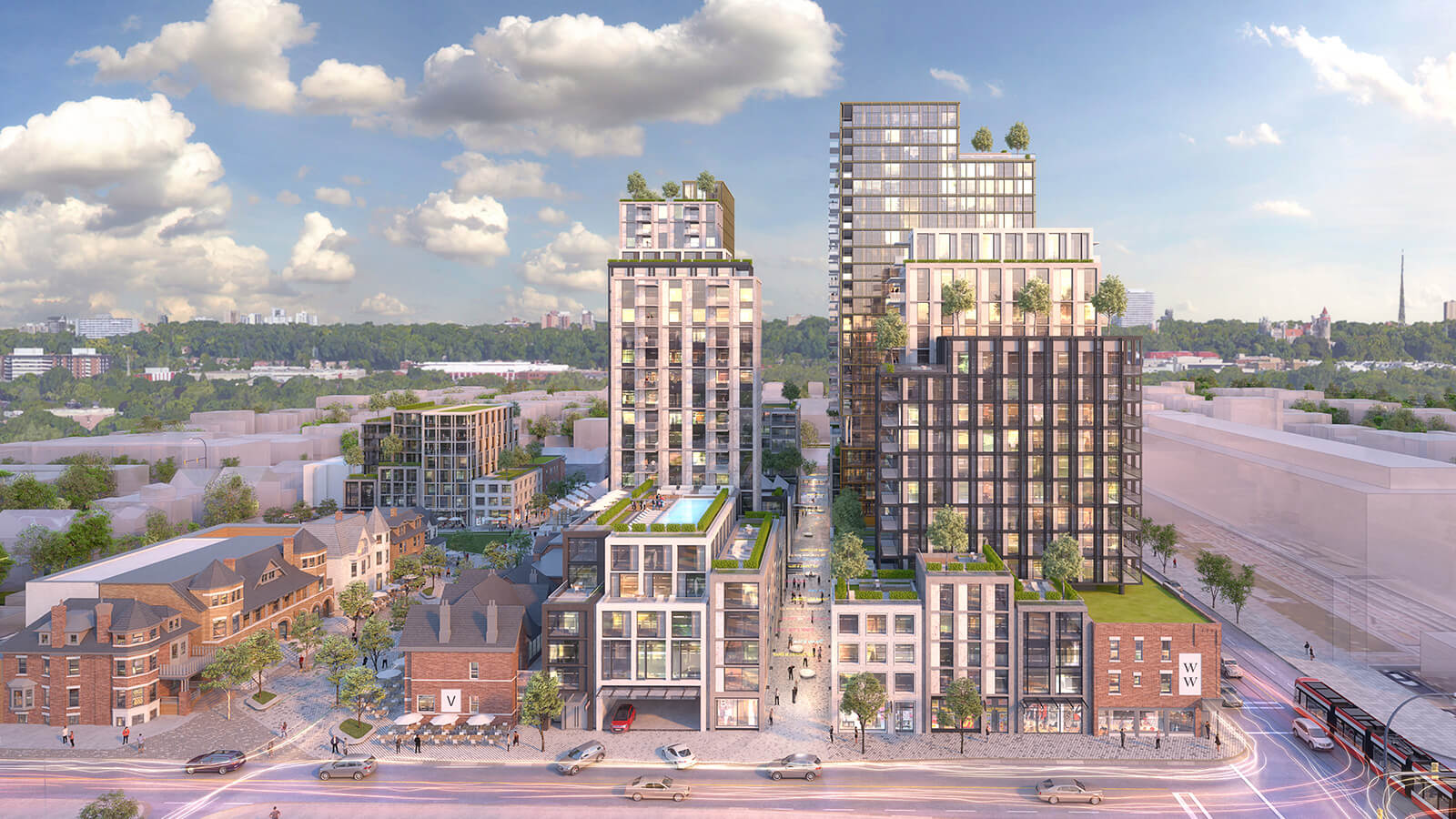 Impressively, the planning strategy for the building’s successor promises to maintain that trademark spirit of dynamic variety. As part of Mirvish Village’s visionary redevelopment, Honest Ed’s will be replaced not by a single mass but rather by 33 micro-towers, each of them containing a mix of apartment suites and retail units, and each presenting its own distinct identity. Altogether, the project’s facades are a wide assortment; they feature a combination of bricks and precast concrete panels in many colours and textures. These new residential towers will be complemented by 23 restored heritage houses, ensuring a blend of old and new that revives the area while also preserving its historic character. 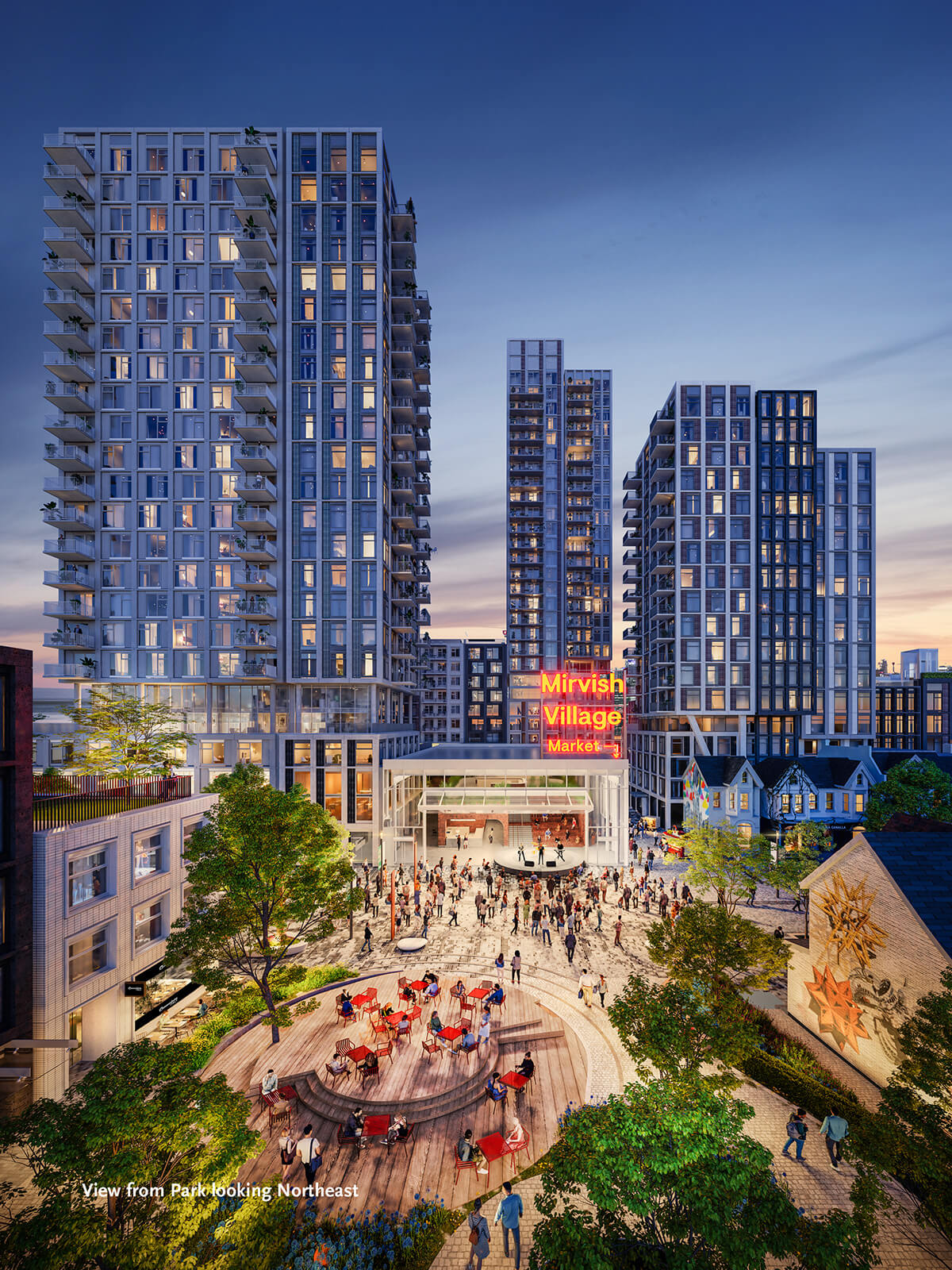 “This is a strong — and successful — attempt at breaking down the monolithic nature and scale of high-rise development adjacent historic residential-scale neighbourhoods.”
Lauren Stimson, AZ Awards 2022 Juror

For inspiration, the project’s design team looked to the small floor plates and high density of Tokyo. To achieve a similar vibrancy, they have placed a strong focus on fine-grained retail, providing 50 to 60 discrete spaces to deliver an engaging array of restaurants, shops and galleries that support local artists and entrepreneurs. Smaller storefronts will help to animate the street and improve the pedestrian experience, while additional, larger ones can be accommodated above and below grade. 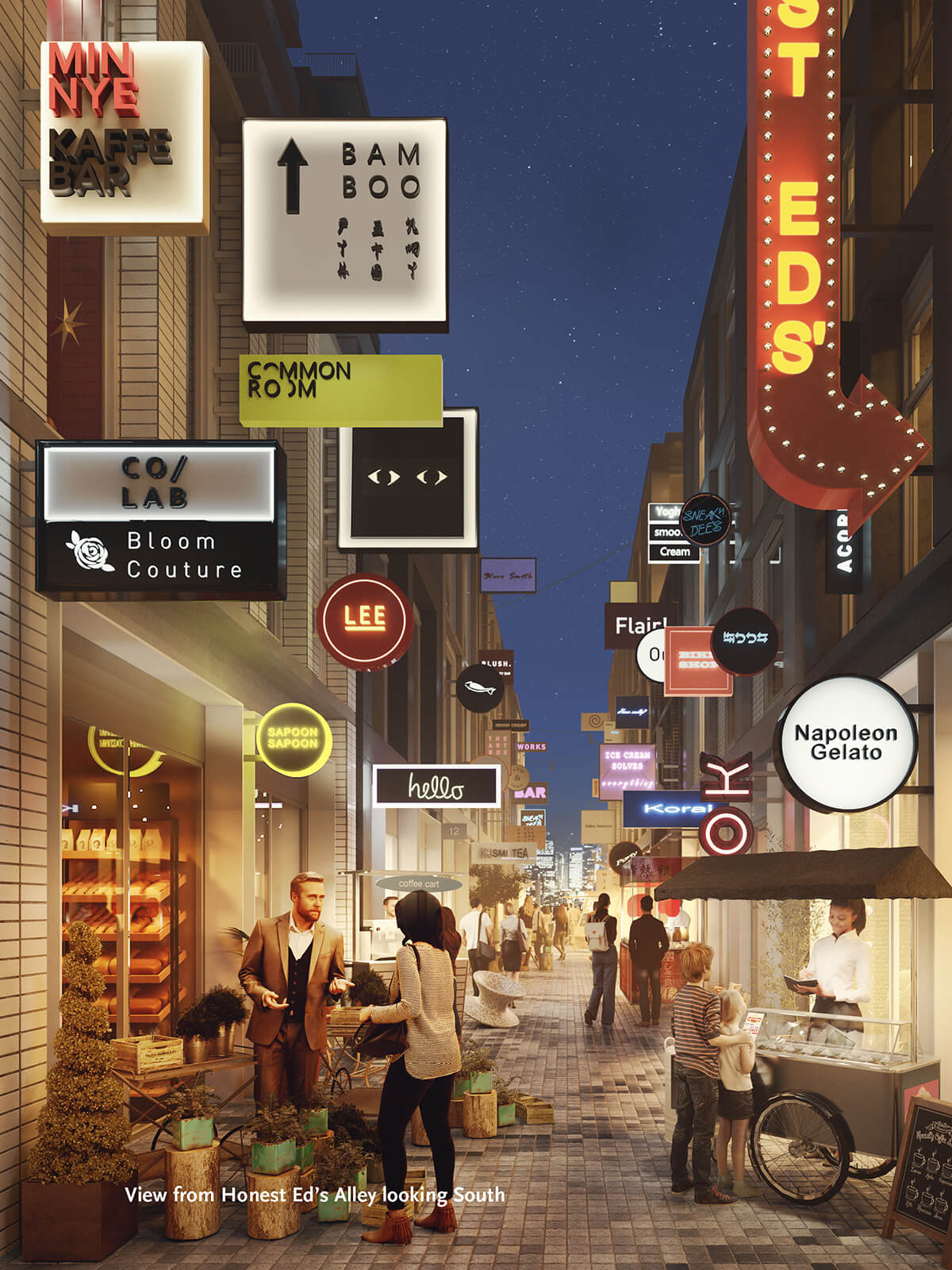 Fostering a strong community is another of the project’s key considerations. Of the 900 new rental suites, 40 per cent will be let at less than one third of Toronto’s median household income. Moreover, the project is refreshingly welcoming to families, providing an on-site daycare and ensuring that nearly half of its units boast at least two bedrooms. All of these tenants will benefit from a 1,150-square-metre park, as well as a large public market. And, as part of its many sustainability strategies, Mirvish Village is incorporating its own on-site CHP power plant.

By understanding the value of human-centred design, Mirvish Village promises to feel much more akin to a traditional village than to a typical development of its scale. Clearly, there’s something to be said for an honest approach. 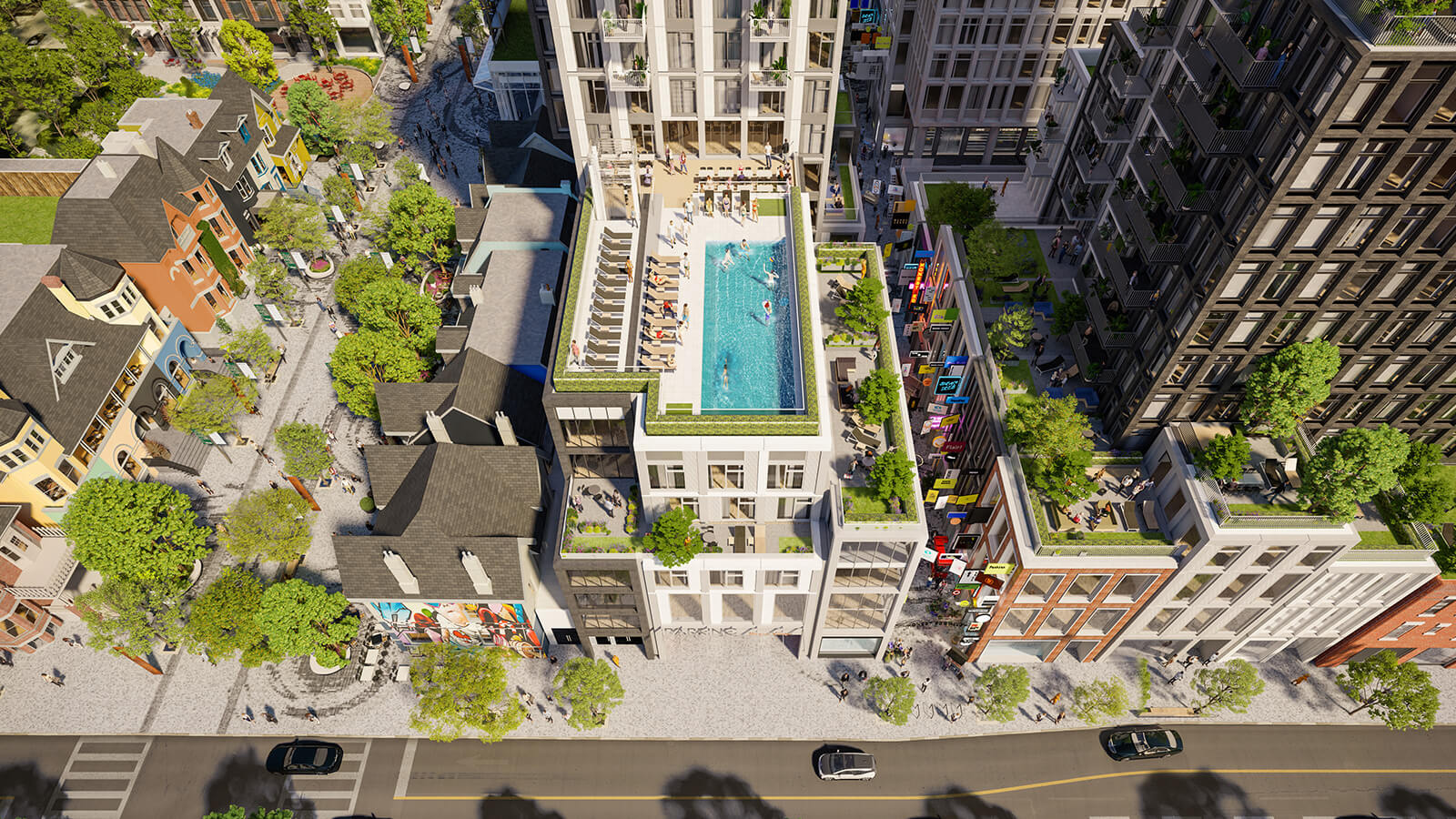 As part of Mirvish Village’s visionary redevelopment, Honest Ed’s will be replaced not by a single mass but rather by 33 micro-towers.

Back to Urban Design Visions 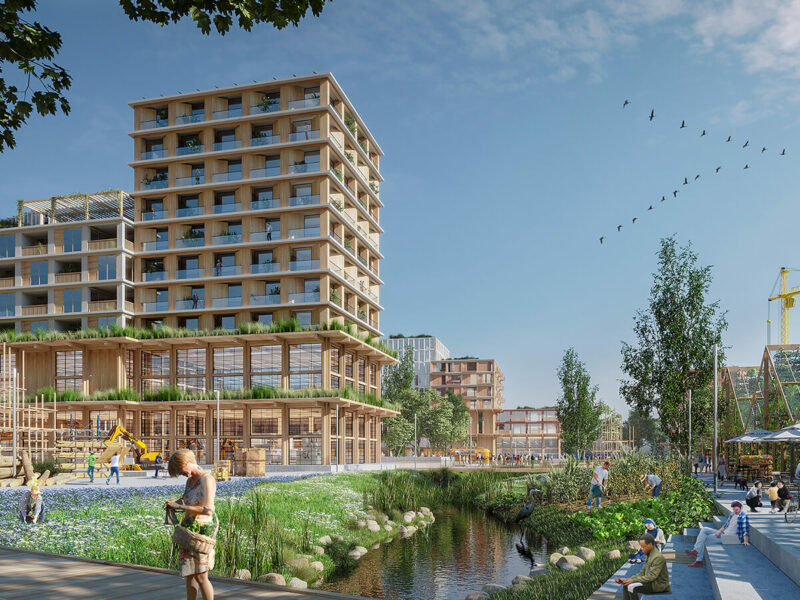 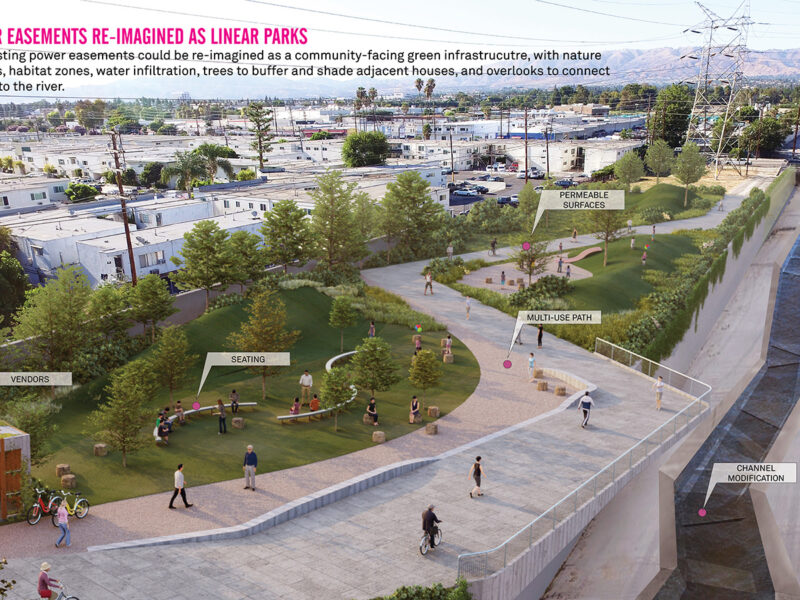 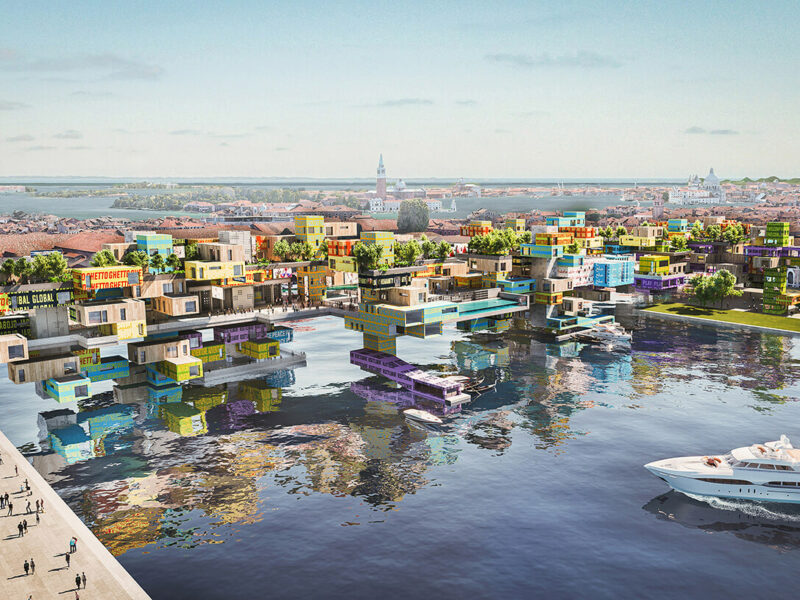