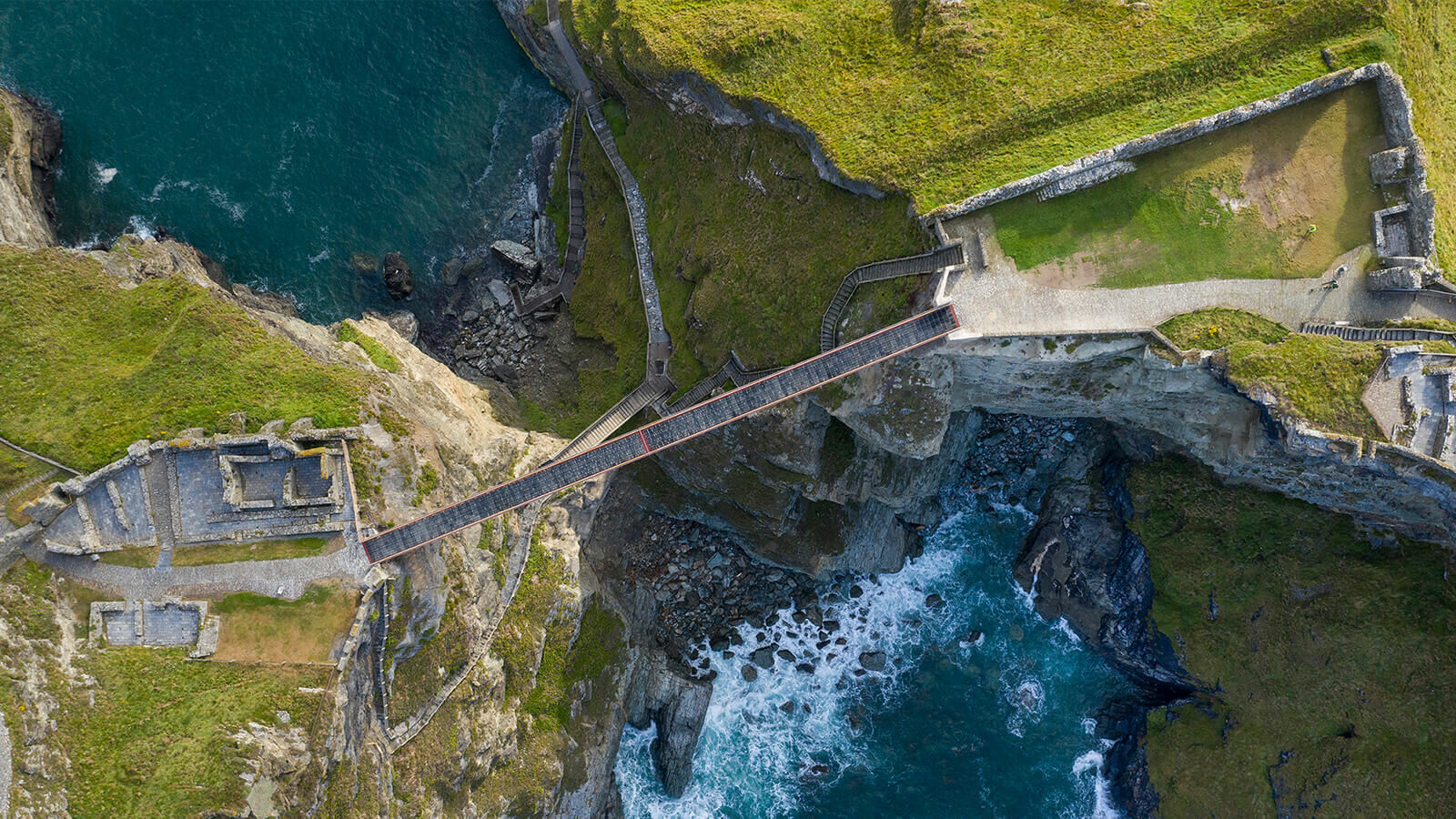 Despite its high-tech appearance, the Tintagel Castle Footbridge was built with the utmost respect for its fragile context. 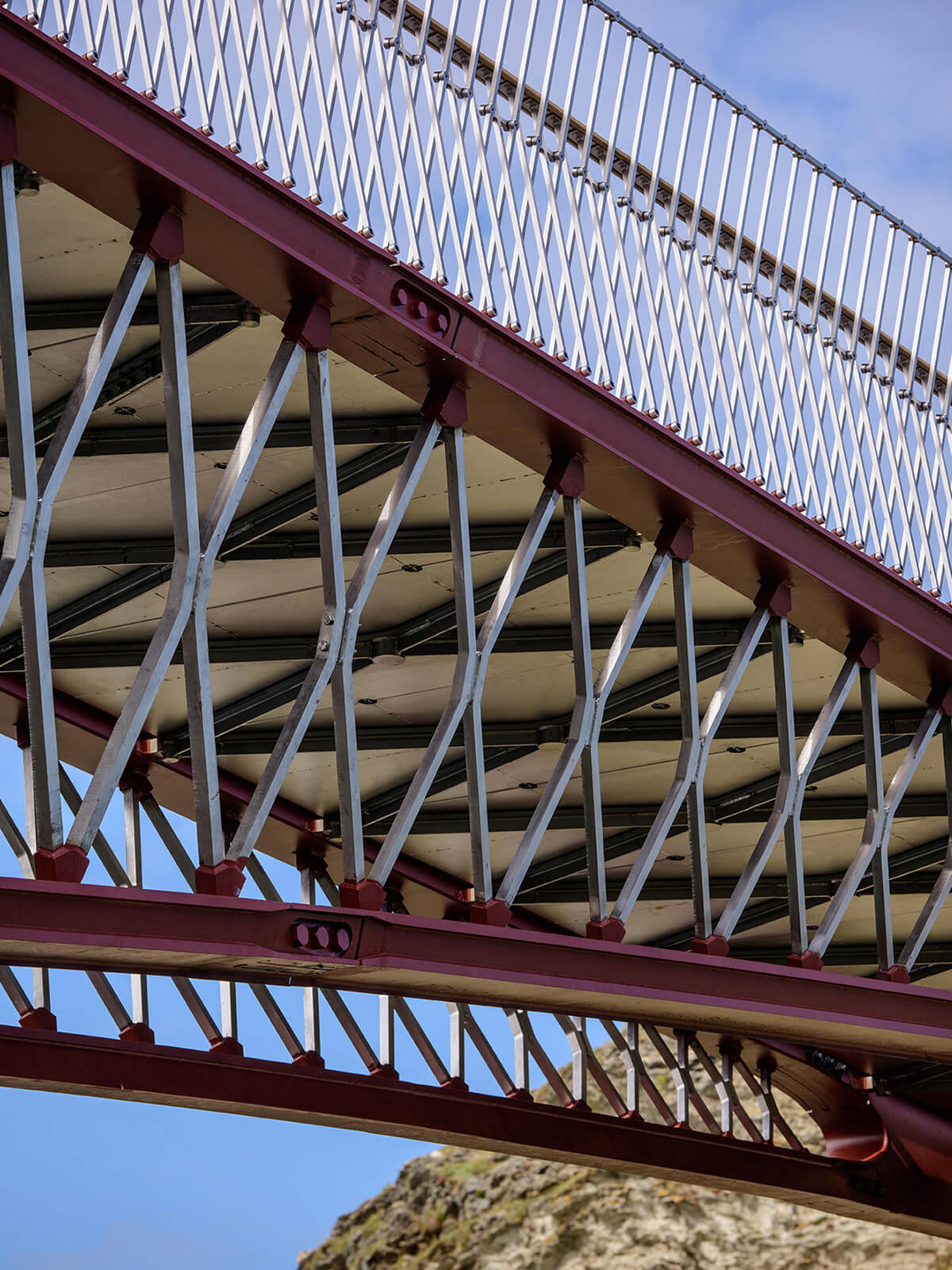 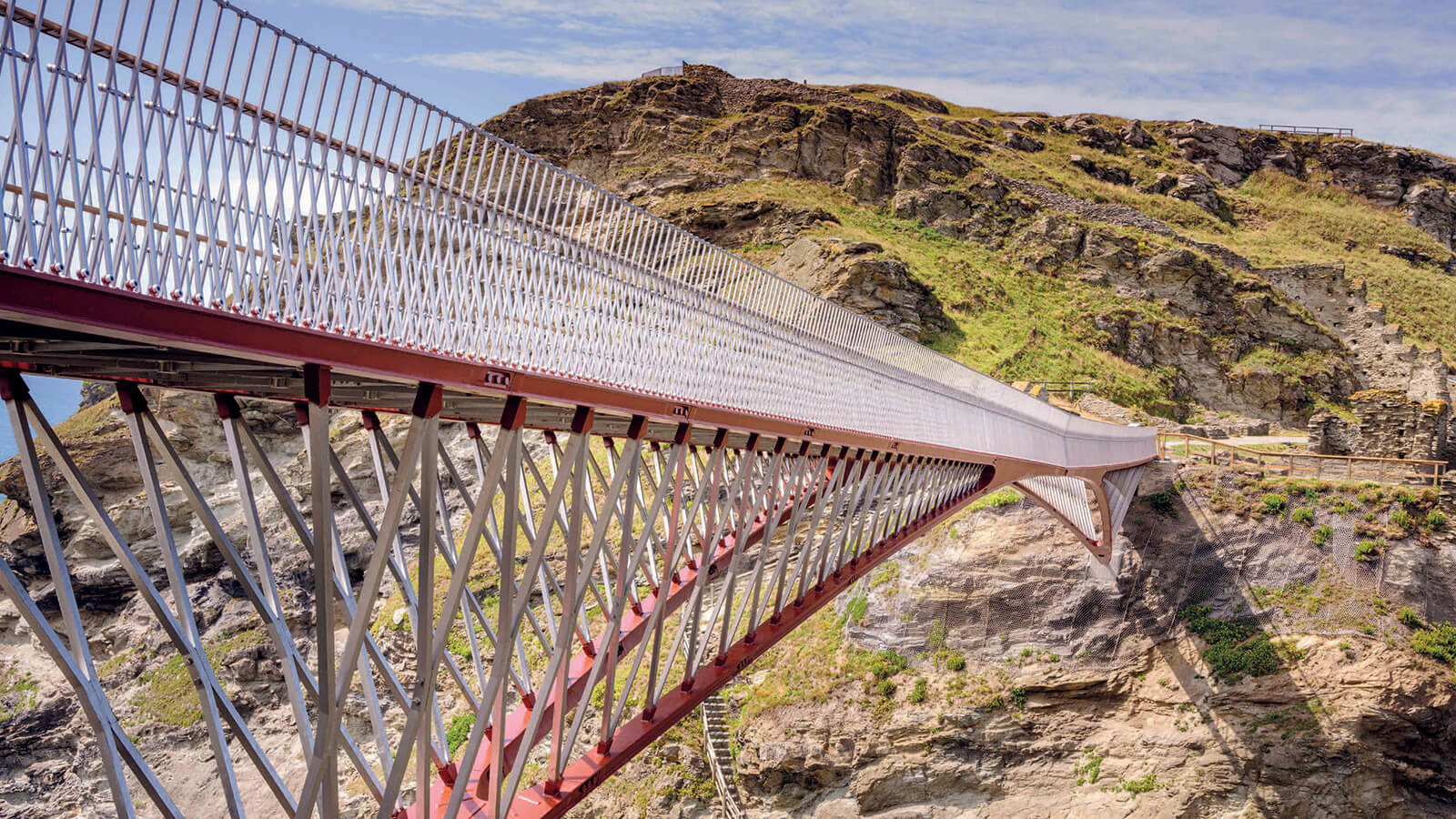 This one’s for the lovers of Arthurian legend. As the story goes, King Arthur was conceived on the British island of Tintagel, the site of a fortress dating back to medieval times. In honour of that lore, Richard, Earl of Cornwall, built an actual castle on the spot in the 1230s. It originally spanned a land bridge that linked headland to mainland, but over the years, that natural walkway eroded, splitting the castle in two and creating a 65-metre chasm between its halves. 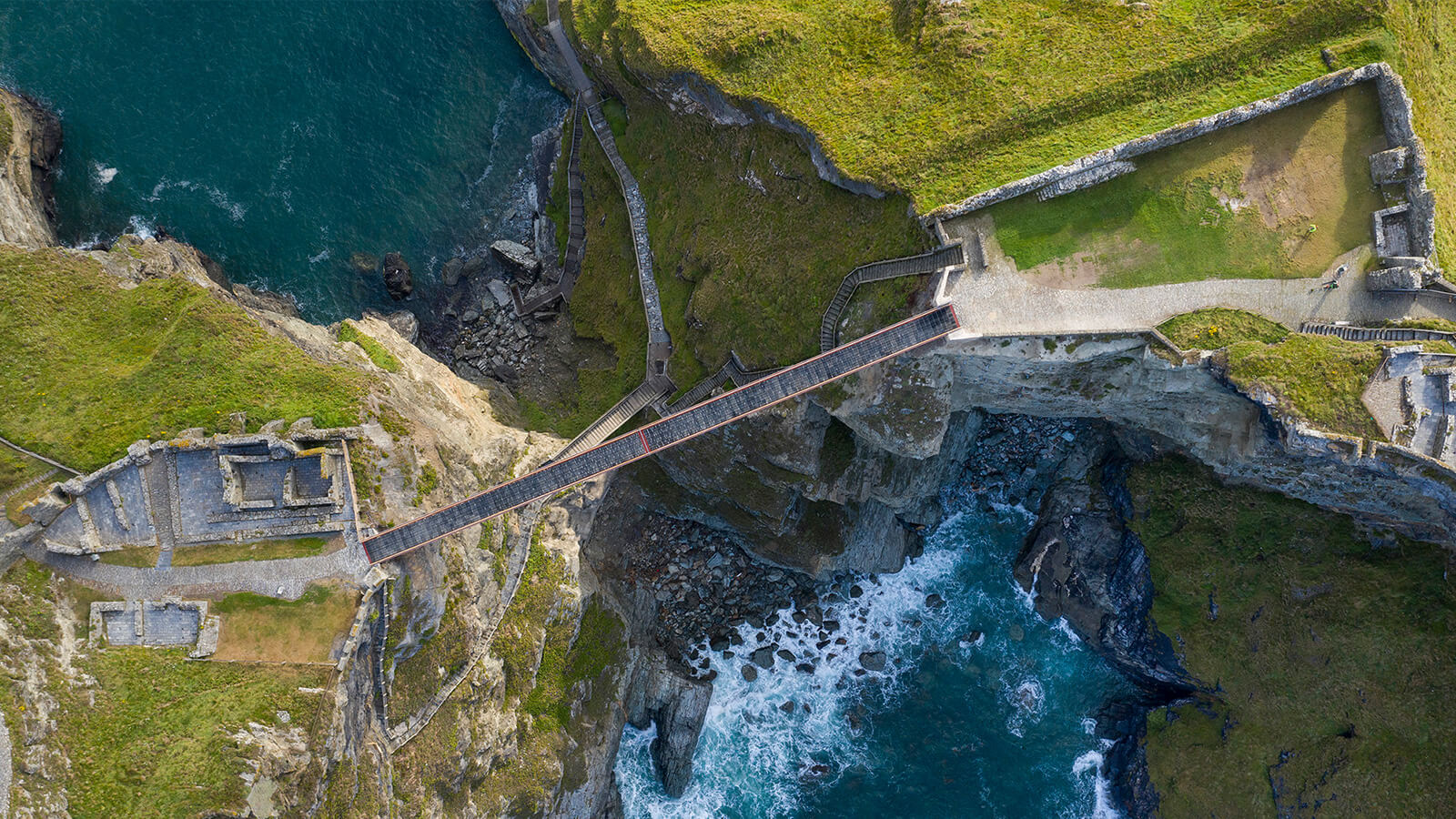 It took some 650 years, but those two sides are now reunited by a mesmerizing 68.5-metre footbridge that is as resolutely modern as its setting is dramatically historic. In fact, it is not one bridge but two independent half-bridges — one belonging to the mainland, the other to the headland, thus preserving their historic separation — with a four-centimetre gap between them. While this gap might feel conceptual, it also serves an important purpose, allowing the bridge to expand and contract with variations in temperature.

“The project delights in its minimal pro- file. It is very poetic and appropriately transparent (it does not overwhelm its context), and it conjures the same sort of magical intrigue as the site’s mythical associations.”
Drew Sinclair, 2022 AZ Awards Juror 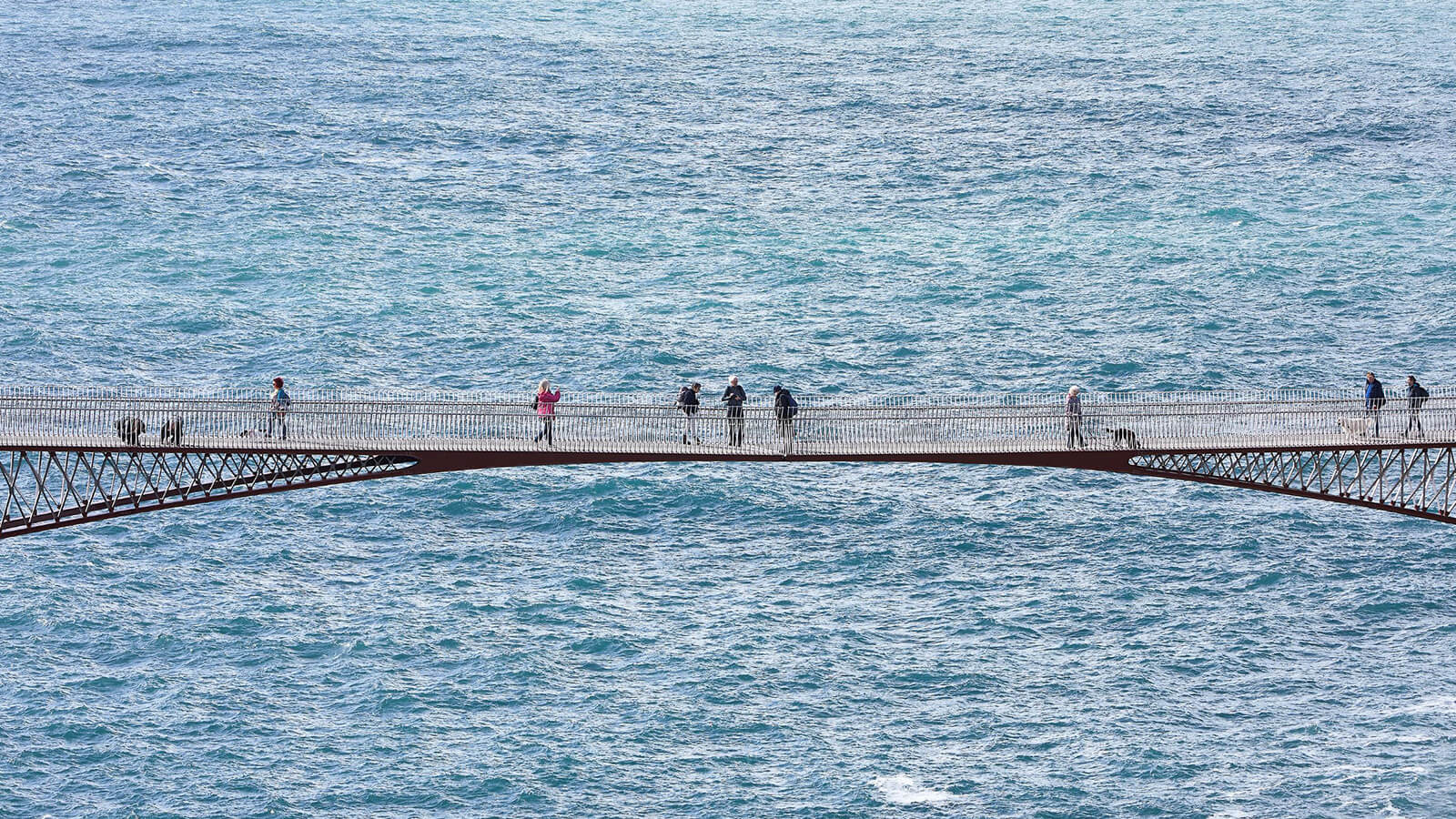 Measuring 4.5 metres deep at its widest, where it connects to the rock, the bridge becomes thinner as it reaches the middle, where it’s just 170 centimetres across. The main structure of upper and lower frames is made of painted steel, while the criss-crossed diagonal struts between the deck and lower frame are made of duplex stainless steel and the decking comprises slate tiles from a local quarry that’s been in operation for 800 years. 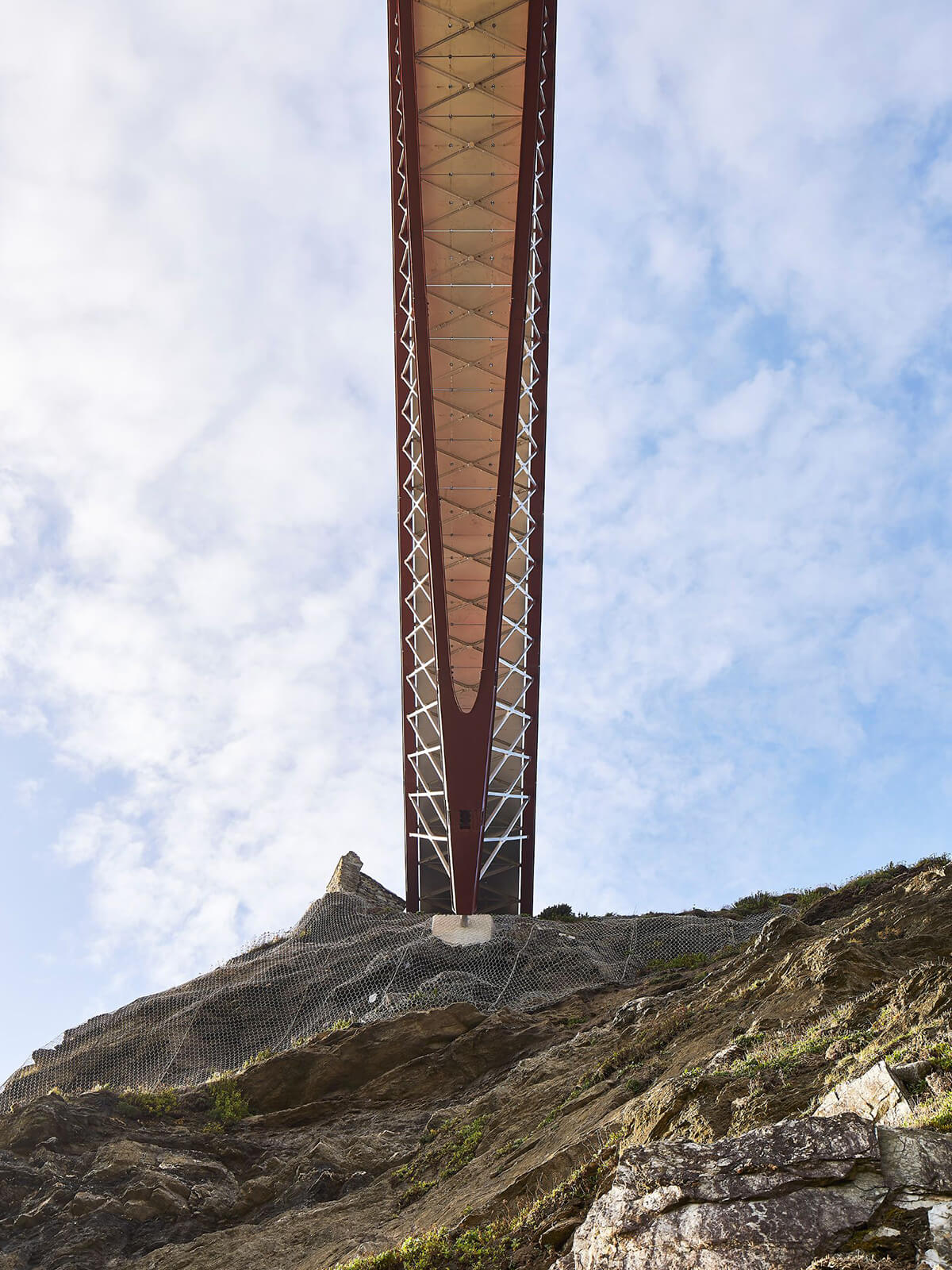 Despite its high-tech appearance, the Tintagel Castle Footbridge was built with the utmost respect for its fragile context: It was completed without formwork; instead, due to the site’s archaeological sensitivity and lack of road access, the firm opted for a cantilevered structure, which, unlike a traditional arch, is stable at all stages of its construction and requires no temporary (and ultimately wasteful) supports. 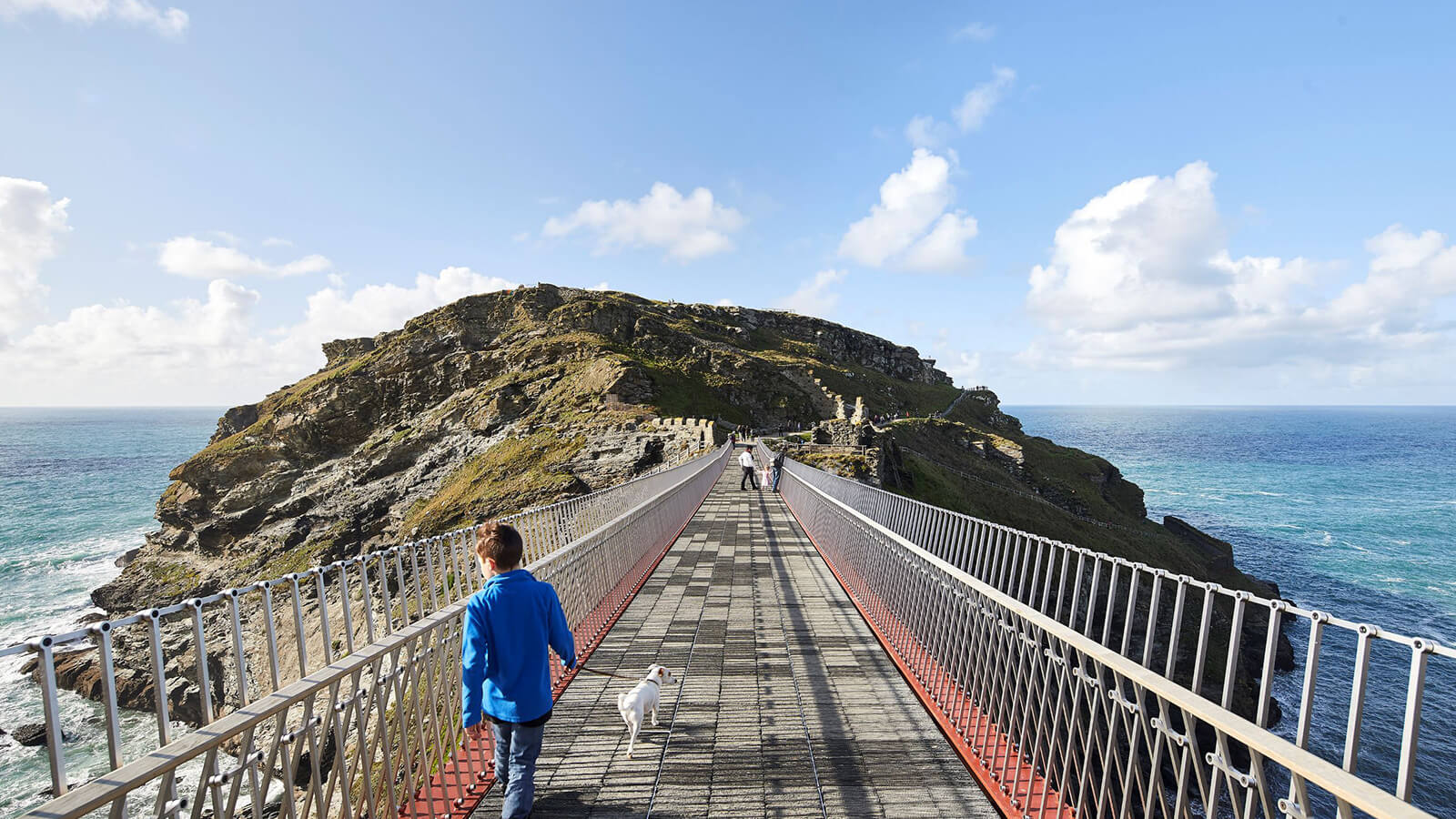 To install the bridge, it was divided into five-tonne segments and assembled with a cable crane. Both utilitarian and sublime, the Tintagel Castle Footbridge provides more comfortable access to an incredible heritage site, making the journey between headland and mainland heart-gripping and magical.

Despite its high-tech appearance, the Tintagel Castle Footbridge was built with the utmost respect for its fragile context. 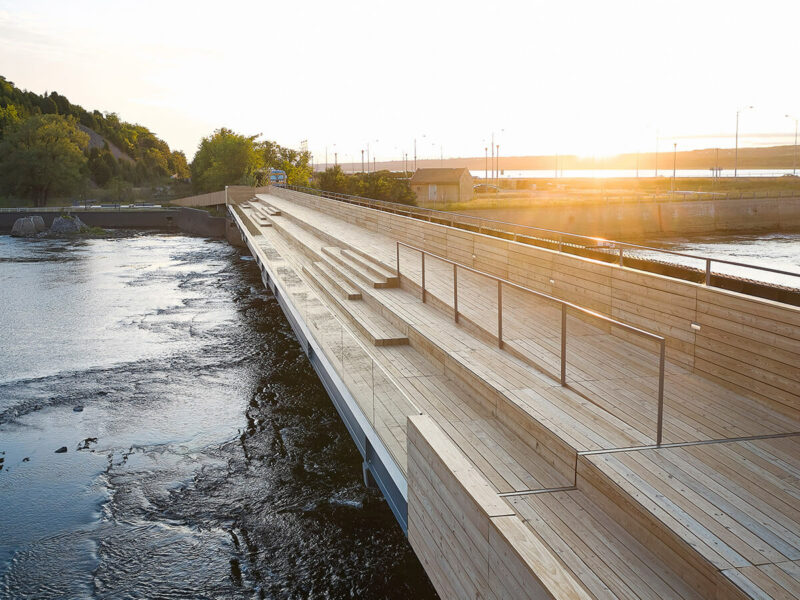 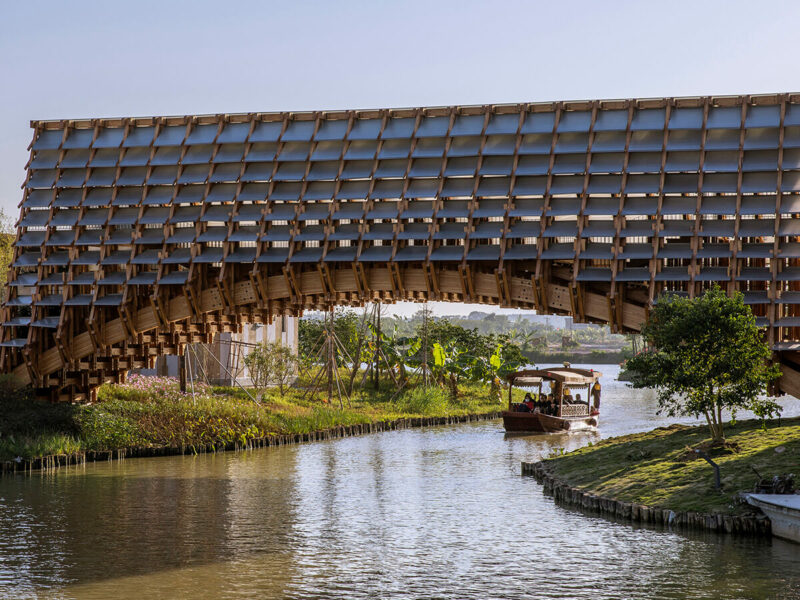