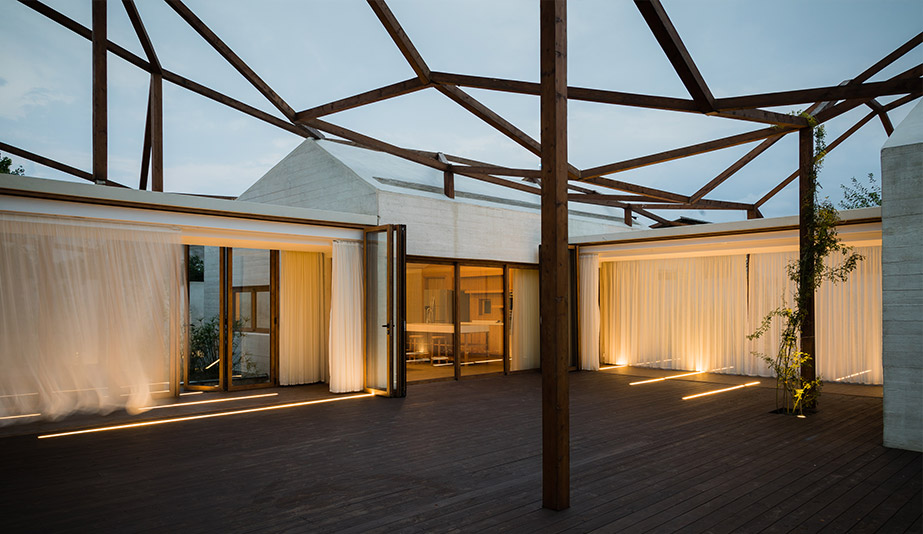 Vanoosh Villa’s va-va-voom derives from an undulating post-and-beam exoskeleton that makes a one-to-two-storey-high frame of broken planes and mimics the topography of the surrounding mountains in northern Iran’s Mazandaran Province. Once the garden’s climbing vines mature and fill in the voids, the foliage of this work in progress will enshroud the villa’s first and second floors in a veil of privacy. The architects arranged three widely separated volumes on a wooden deck around a courtyard that features a pool and an al fresco cinema wall. Floor-to-ceiling, stacking-glass patio wall systems throughout enhance the indoor-outdoor lifestyle and ensure ample cross ventilation for natural cooling in Vanoosh’s humid climate. 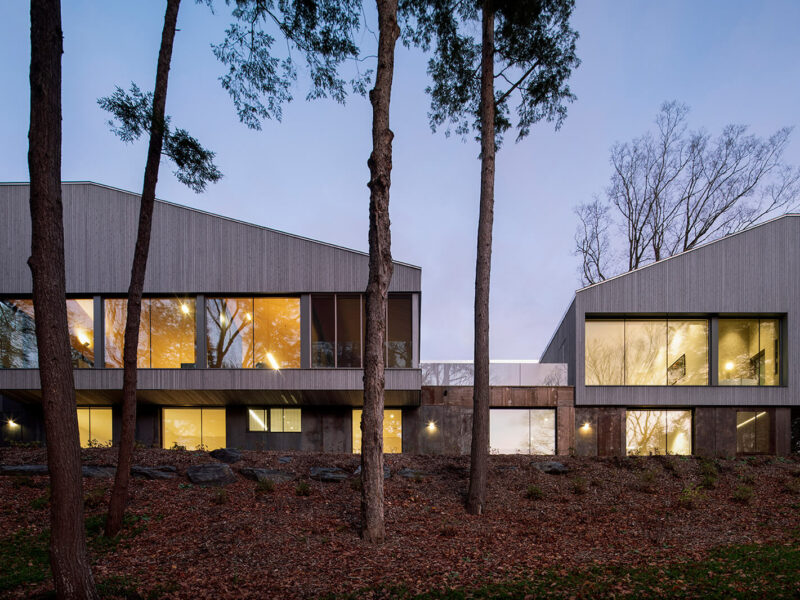 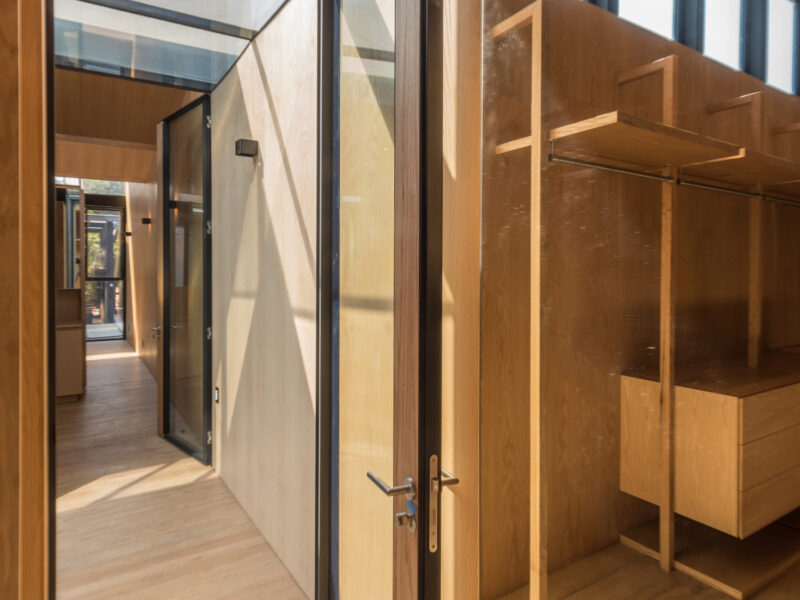 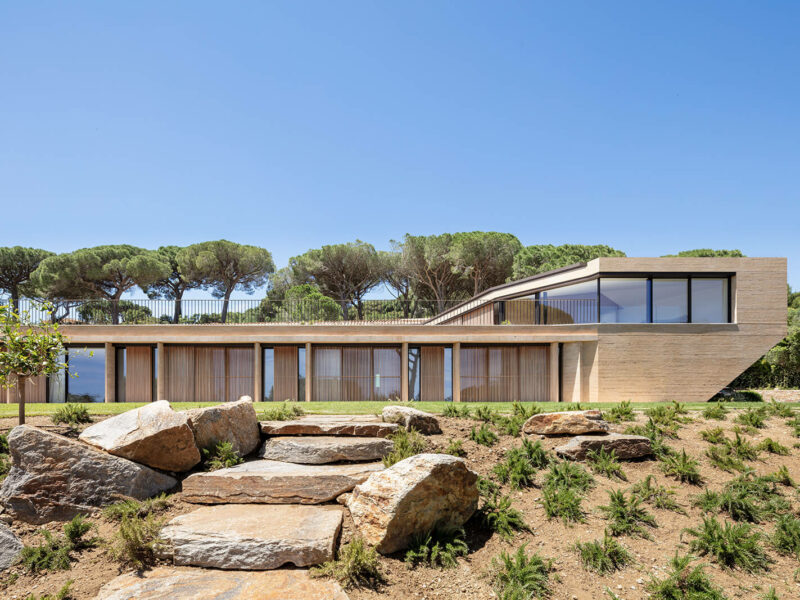