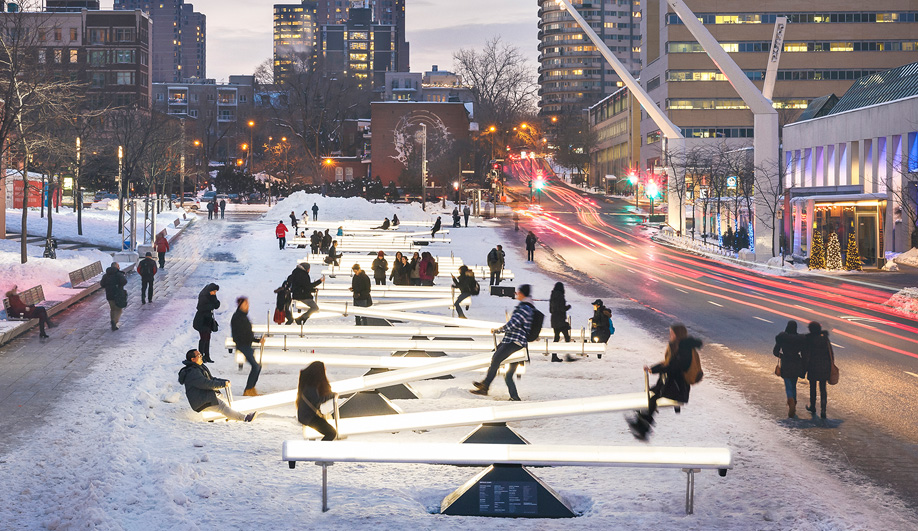 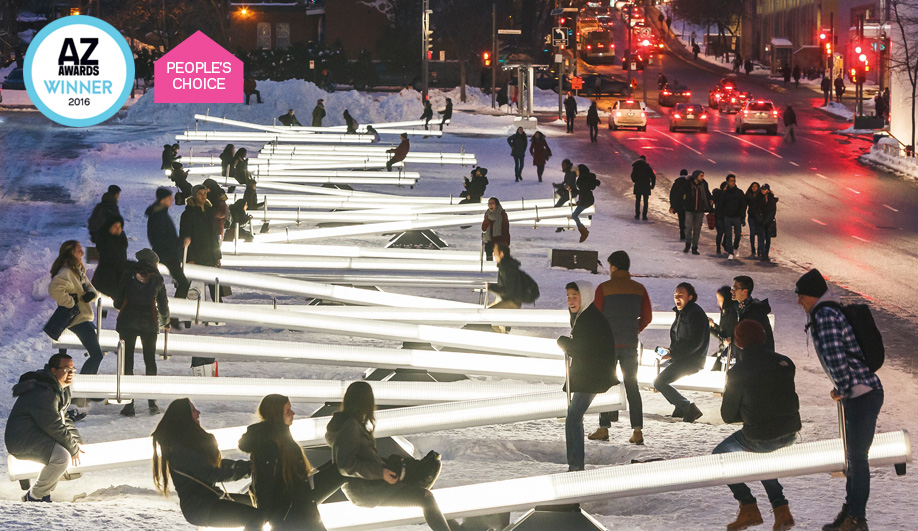 In winter, city parks and plazas tend to be deserted except for dog walkers. Which is why Impulse, an interactive installation mounted at Place des Festivals in the heart of Montreal last December, was one of the year’s most popular temporary structures, particularly for breaking through the cold barrier at the annual Luminothérapie festival. As well as offering young and old a chance to engage in the col­lect­ive, heart-­warming fun of riding on see-saws, the 30 planks, lined up in a row like piano keys, activated unique sound and light sequences when in use. 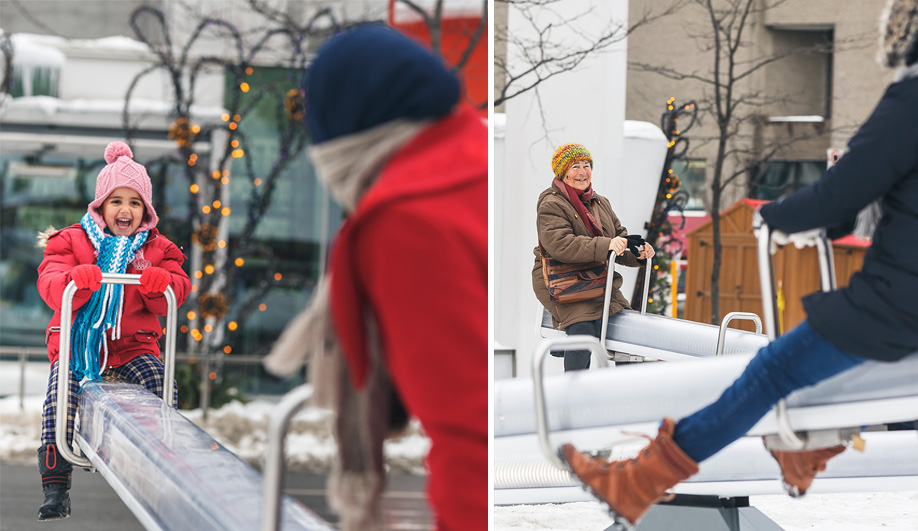 Designed by Lateral Office of Toronto and manufactured by Montreal’s CS Design, the see-saws of varying lengths were constructed from aluminum bars balanced on a pyramidal steel base. The bars were lined with dimmable LED strips, and covered with a polycarbonate upper shell to protect and diffuse the lights on each side. The more people who teeter-tottered, the more the lights intensified. In turn, a speaker embedded in the base sent out varying digital tones, creating a dynamic, constantly changing composition.

The social experience was further enhanced by nine video projections that animated surrounding building facades with fast-­moving geometric patterns, each set to an original soundtrack. The jury was unanimous in choosing Impulse as this year’s winner in the temporary architecture category, for its “pure genius” in making winter a lot more fun.

About the firms: Experimental architecture studio Lateral Office of Toronto has won numerous international awards, including the 2011 Holcim Foundation Award for Sustainable Construction. In 2014, it was selected to represent Canada at the Venice Biennale in Architecture with the exhibit Arctic Adaptations. CS Design of Montreal is a leader in innovative lighting in every realm, from boutique retail to historical buildings.

What the jury said: “It’s great to see a project that can bring people together in every season. More parks should be like this.” – Anna Simone 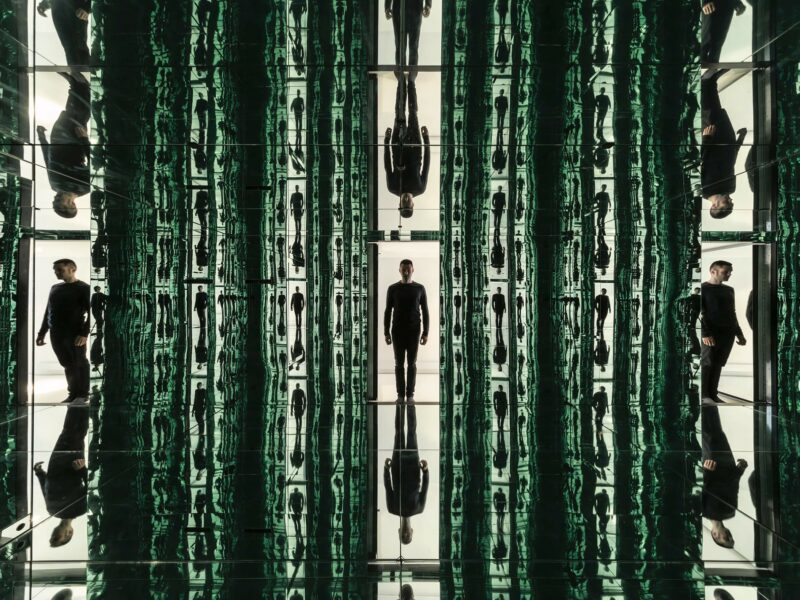 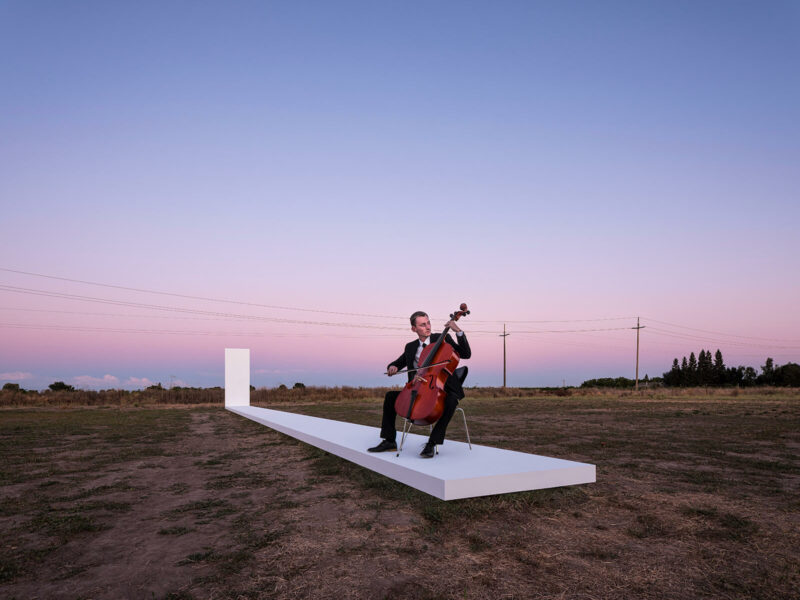 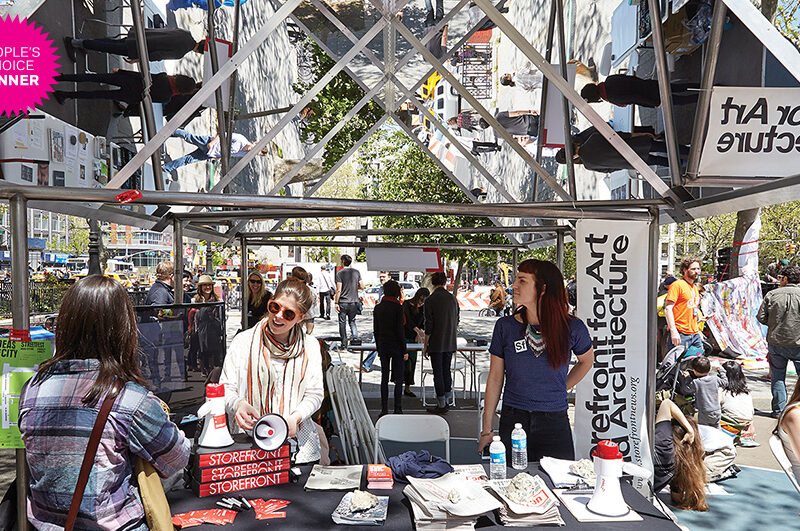