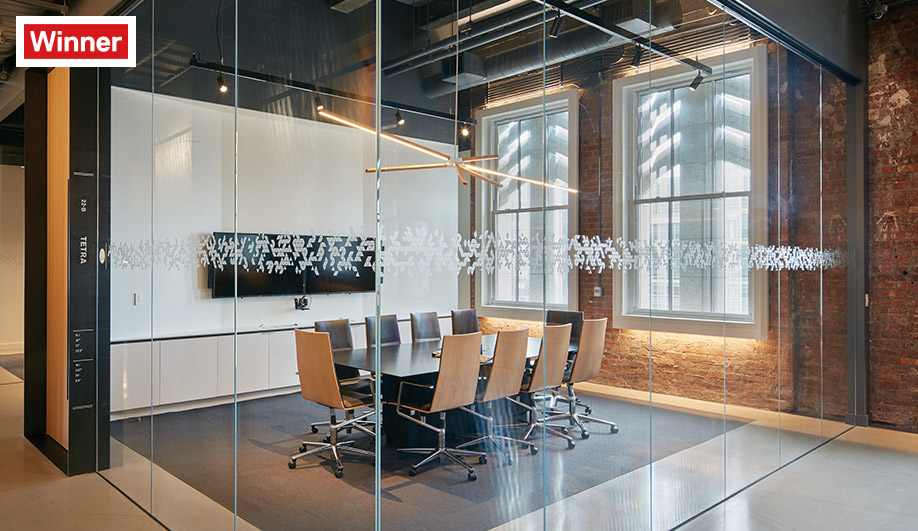 To emphasize its role as an innovation leader, Bloomberg set up its flagship West Coast Tech Hub in an art deco building on San Francisco’s New Montgomery Street. Then the company called on IwamotoScott Architecture to reimagine the space, not for a start-up but for a mature leader in data technology. Added to a sophisticated backdrop of red brick and weathered concrete are environmental graphics created by local firm Volume. These read like a palimpsest, conjuring a mind-expanding narrative of history and place that prompts employees to think in far-reaching ways.

“For a company like Bloomberg that is trying to finance and encourage creativity – essentially asking people to see more than what is actually there – this kind of wayfinding is smart, intelligent and beautifully executed.” – Michael Vanderbyl

The graphics – which include charts taken from Charles Darwin’s On the Origin of Species and historical maps and markers – reference human evolution both directly and subtly. Volume chose the Platonic solids as a motif to visually bind the two-storey office with imagery that, like innovation itself, sits at the boundary between art and science.

Meeting rooms are named after different types of polyhedrons – cubes, triangles, octahedrons and so forth – and have vinyl distraction markers, which look like multiple stages of a solid form unfolding, along the glass walls. In another interpretation of time and space, each meeting room is marked with GPS coordinates, reminding people who enter of their position on a global scale. And, affixed to pre-existing concrete columns, are screen-printed gold-on-gunmetal-steel panels that illustrate noteworthy precedents in data analysis.

One such panel maps how a viewer’s eye traces the features of a bust of Queen Nefertiti. This web of references might seem merely decorative at first, but as employees spend time with these images and navigate among them, connections start to emerge in a process resembling that of data technology itself. 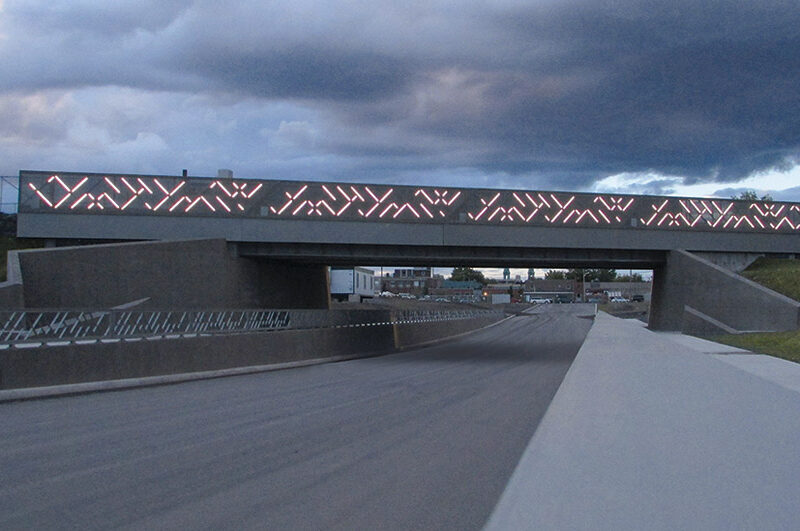 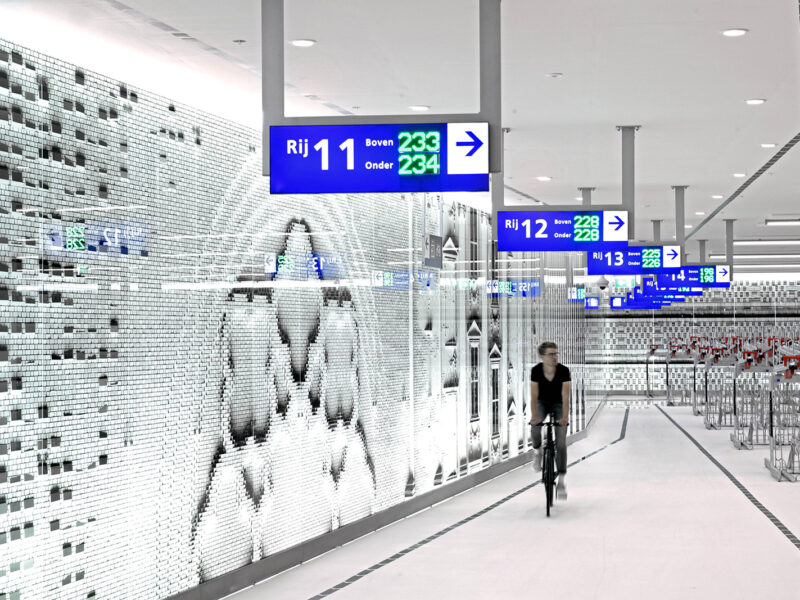