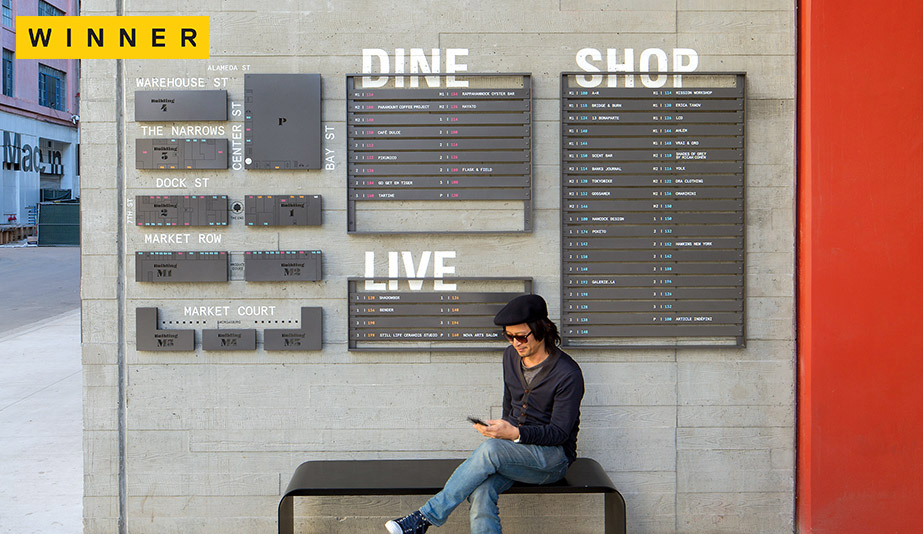 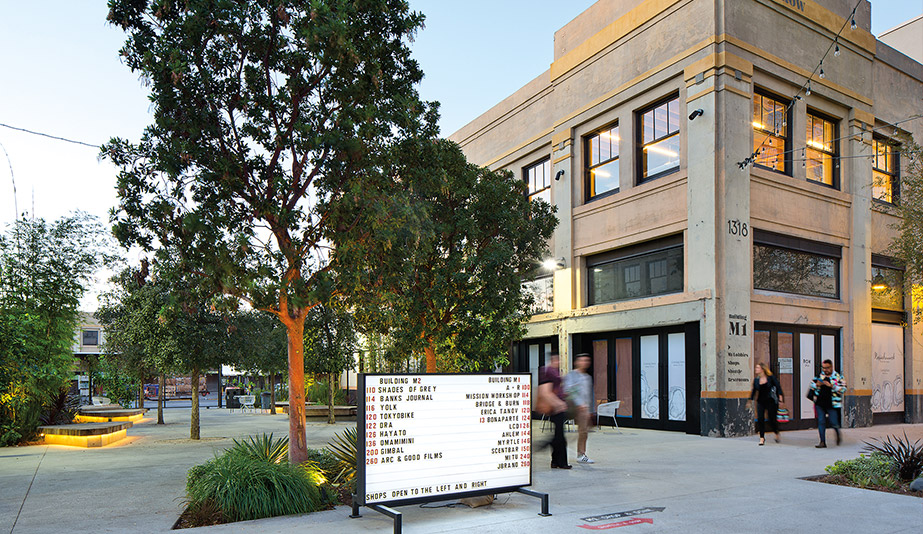 ROW DTLA sits on terrain rich in history. A century ago, its 12.1-hectare site in downtown L.A. was the terminus of the Southern Pacific Railroad; the area evolved to include wholesale warehouses and the now-legendary 7th Street Produce Market. With the existing concrete depots having become a tapestry of independent retailers, restaurants and creative office spaces, local studio Rios Clementi Hale was invited to give the district a bold new identity with signage that befits its workaday roots. The scope of the project included three layers: structured wayfinding, signed landmarks and artistic accents that add pops of colour. In numbers, that meant the creation of five artistic murals as well as 30 sign types for the exteriors of four mixed-use buildings and a parking garage.

This project seems effortless, like someone took a paintbrush and wrote instructions on all the buildings. In a very beautiful and creative way, it feels incredibly natural.” – Michael Anastassiades 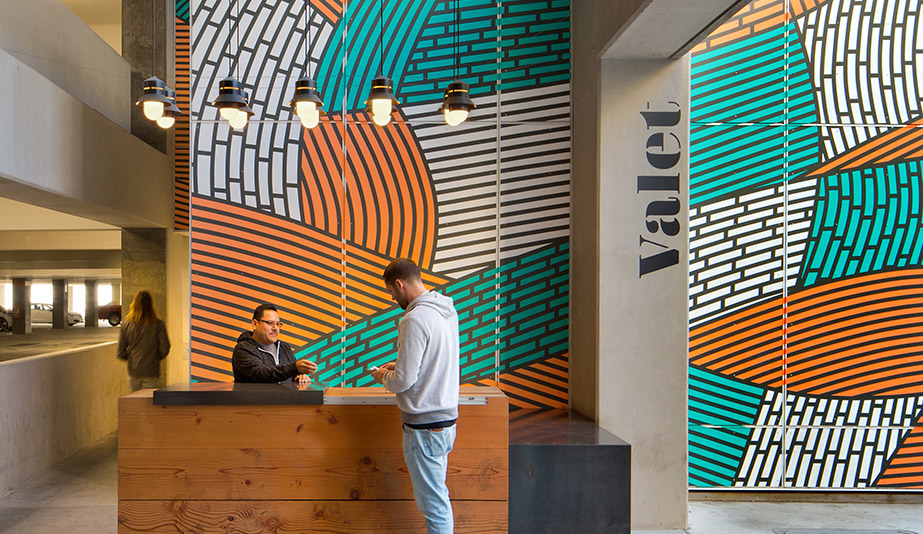 For visual coherence, stencil-painted and fabricated-metal signage was used to demarcate building units. And since the area is still evolving, changeable techniques were prioritized. The landmark wayfinding, for instance, incorporates Wagner Zip-Change lettering, more commonly used for cinema marquees. Like the district itself, ROW’s signage will morph and change as time goes on, getting richer and more layered with each iteration. 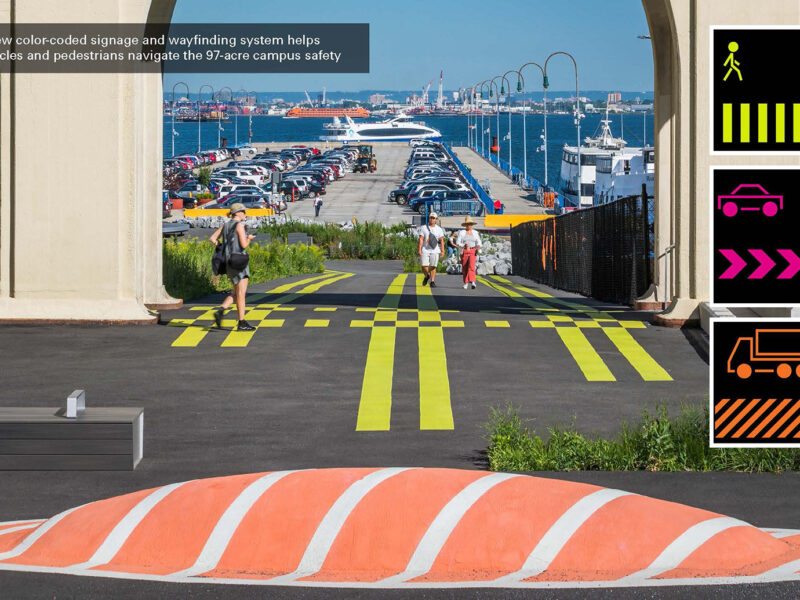 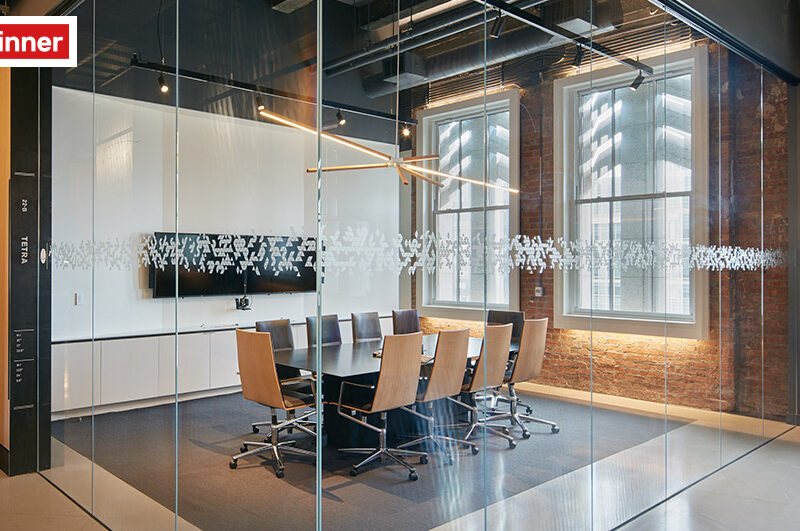 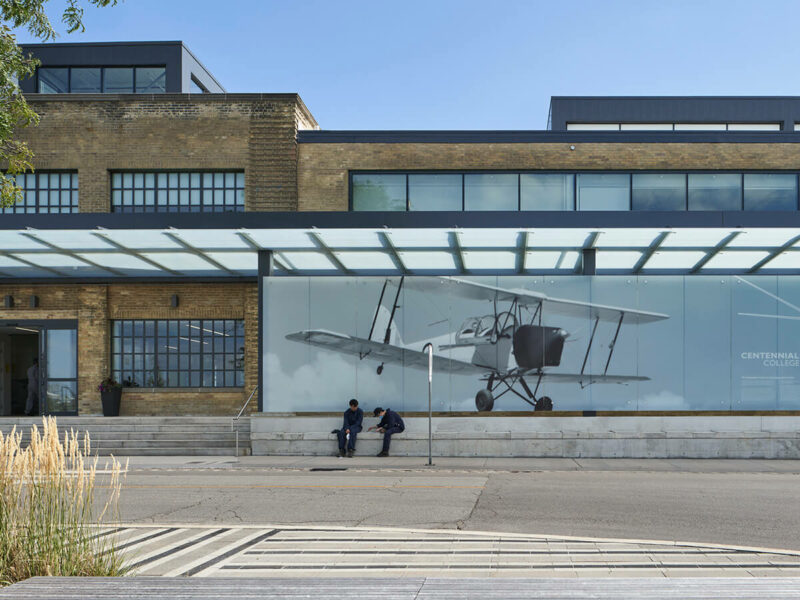