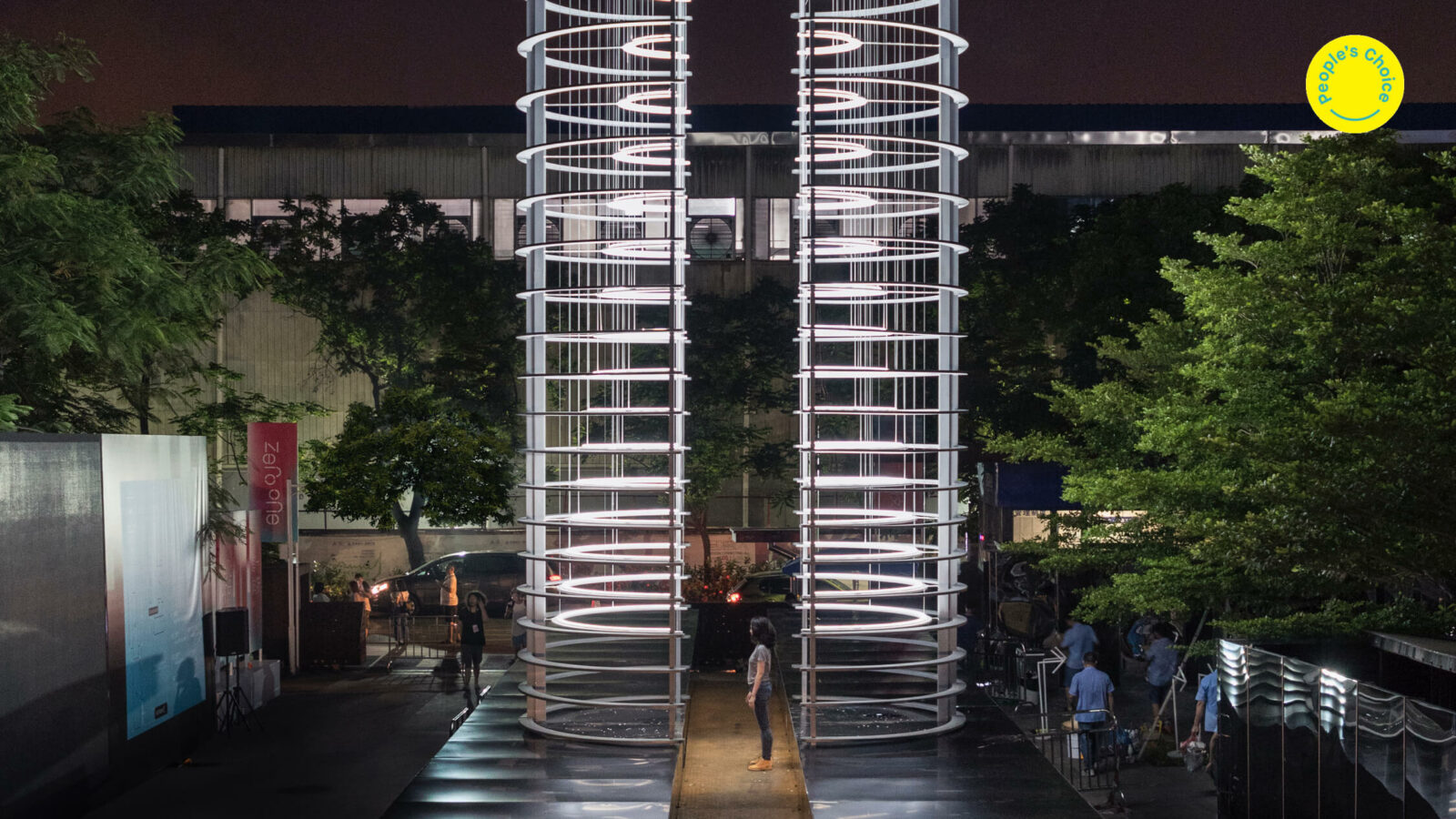 A light vortex that you can step into, Formwerkz Architects’ creation for a Shenzhen festival takes the prize in Design: Lighting Installations.

In this age of rapid human advancement, celebrations of technology typically focus on radical redefinitions of what is possible: artificial intelligence, autonomous vehicles, commercial space travel. When Formwerkz Architects was invited to deliver a showpiece installation for the Zero One Technology Festival in Shenzhen – one that would embody the spirit of technology – it ignored the impulse toward futuristic extremes and instead chose to focus on the human connection to a less novel innovation: artificial light.

Not that the resulting installation was mundane. Far from it. Led by Alan Tay, the firm constructed a dramatic open-air tower, outfitted with LEDs, which appeared to undulate with its own pulse, creating a captivating beacon on the festival grounds and absorbing attendees in an inspiring show of light. “BRIGHT works nicely as a beacon rnand a concept. It’s didactic and clear as a design idea.”
Thom Mayne

What appeared from afar as one structure was actually two identical halves, each comprising two sets of stacked rings, the larger one containing the smaller one. The 23 inner rings, each illuminated by a 5000K LED strip, were stacked more densely at the structure’s base, then progressively spaced farther apart toward the top.

The space between the two towers created an enclosure where visitors could stand and look up into the mesmerizing display of light. That’s where the technology behind the tower really got to show off. Each row of lighting was DMX-controlled, programmed to mimic human breath – rising, falling and changing in intensity at measured intervals. It was a technology-powered experience with an appreciable connection to human life – a refreshing encounter in a sea of robots.

A light vortex that you can step into, Formwerkz Architects’ creation for a Shenzhen festival takes the prize in Design: Lighting Installations. 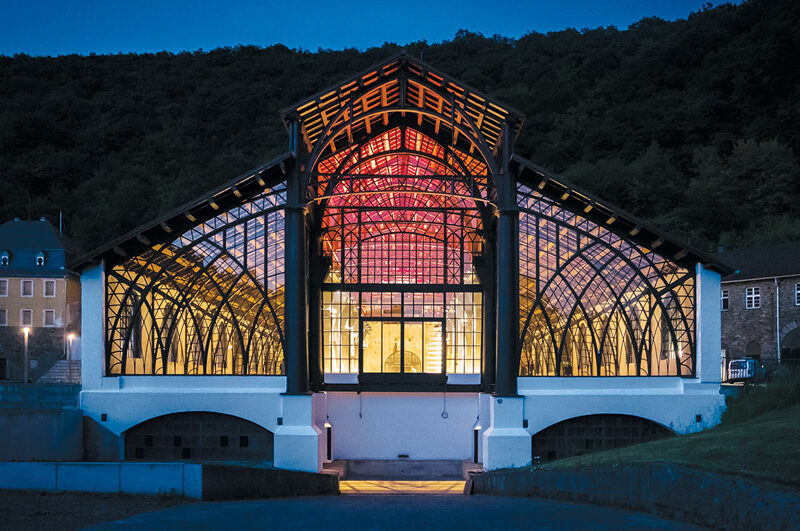 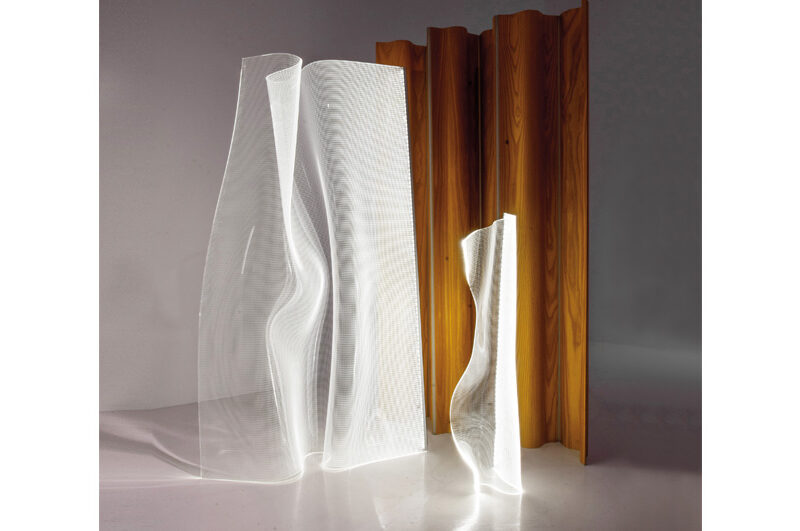 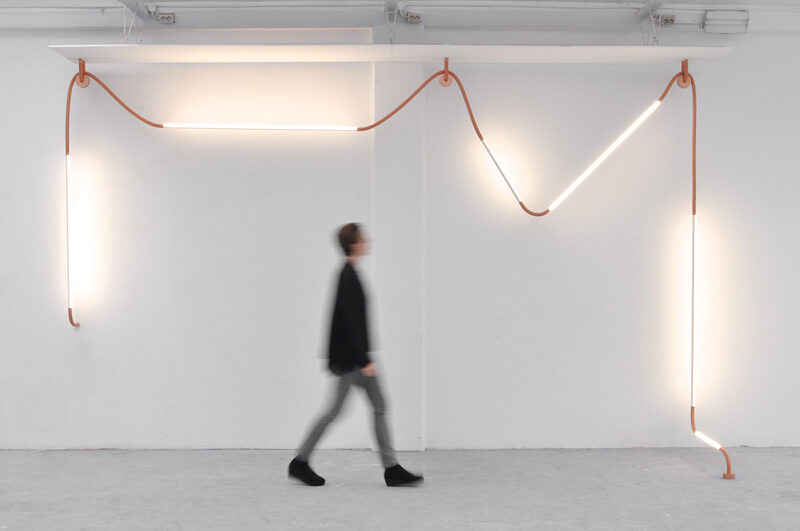